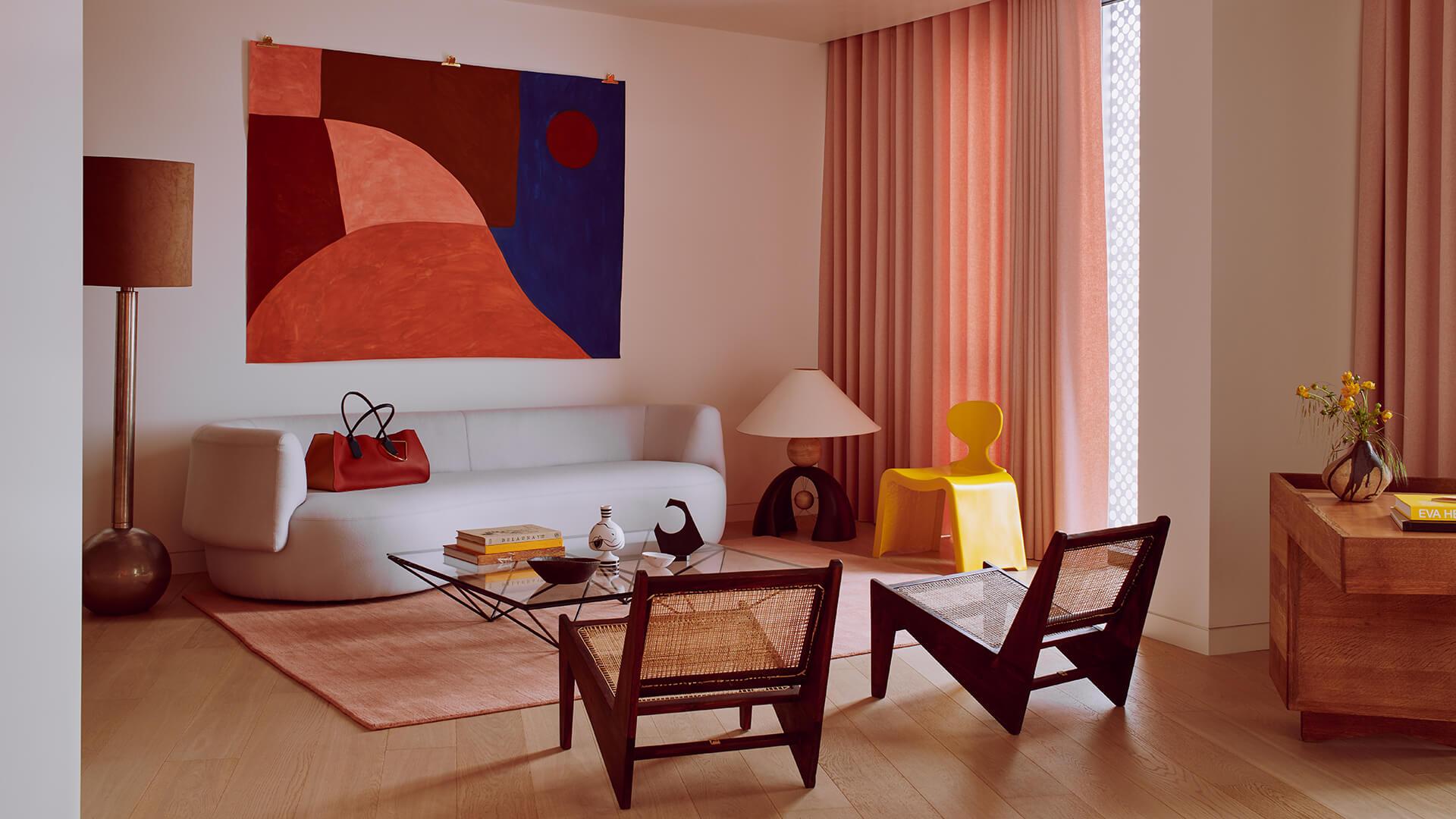 Can a fashion brand provide a home staging that helps to identify?

Within a world of interdisciplinary collaborations, can a fashion luxury brand provide a home staging that helps to identify (and sell)? We’d like to introduce you today to 145 distinctive canalside apartments and nine penthouses, built by Wilkinson Eyre within a refurbished triplet of cast-iron gasholder located at King’s Cross (London).

According to Frameweb, London’s property market continues to stutter, buffeted by Brexit uncertainty, a natural cyclical correction in prices, and a massive oversupply with 31,508 unsold homes in the first trimester, the highest number since such data has been collected.

A year and a half on after finishing a project that took two decades, the developer saw the opportunity to invest in a promising collaboration and blend fashion and interior design instead of looking inside their own ranks. This inspiring type of collaborations leads more to a partnership than a mere taking into consideration the (social media) reach a fashion designer can bring with.

London-based Roksanda Ilincic was commissioned to stage one of the most expensive units of the residential complex with a focal point of a huge geometric mural in the dining area, hand-painted by Swiss artist Caroline Denervaud. Warm-colored materials such as wood predominate feature a color palette of blush, bright yellow, cinnamon, rust, and navy, which is as significant as the choice of furniture pieces in this apartment.

I think there’s a really big crossover – the way you approach [fashion and interiors] is the same. You start with your inner feelings, the instinct that you have, and the knowledge that you’ve picked up along the way.” 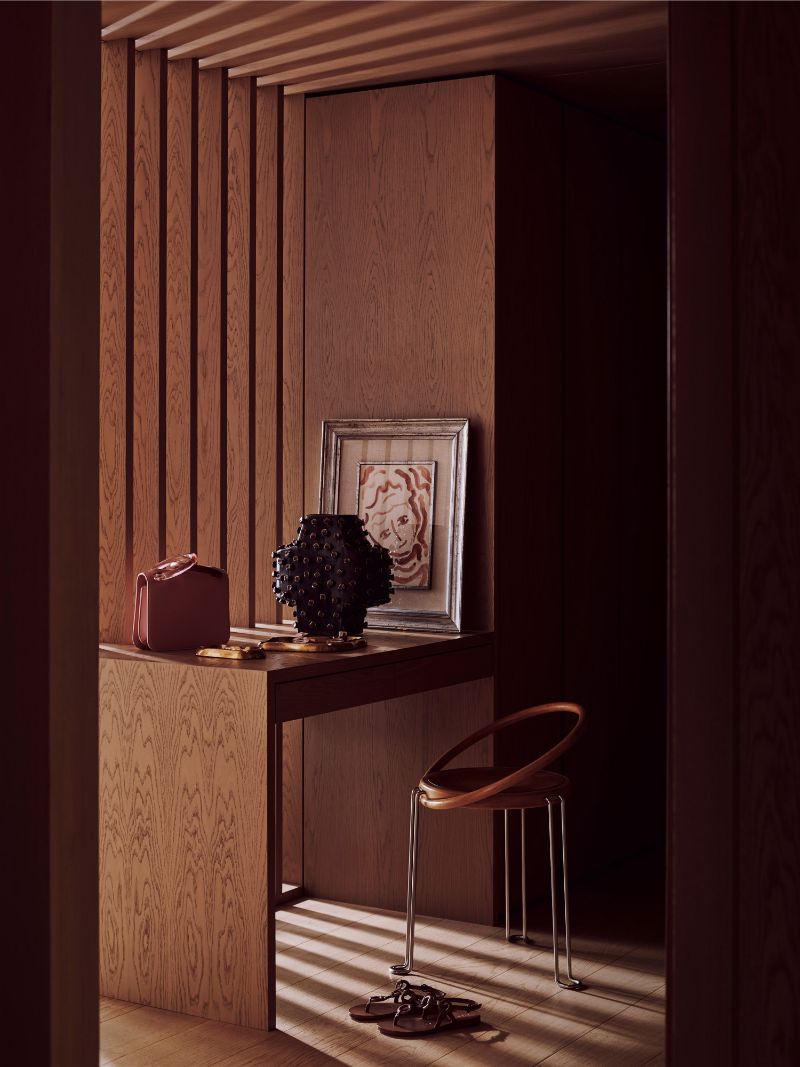 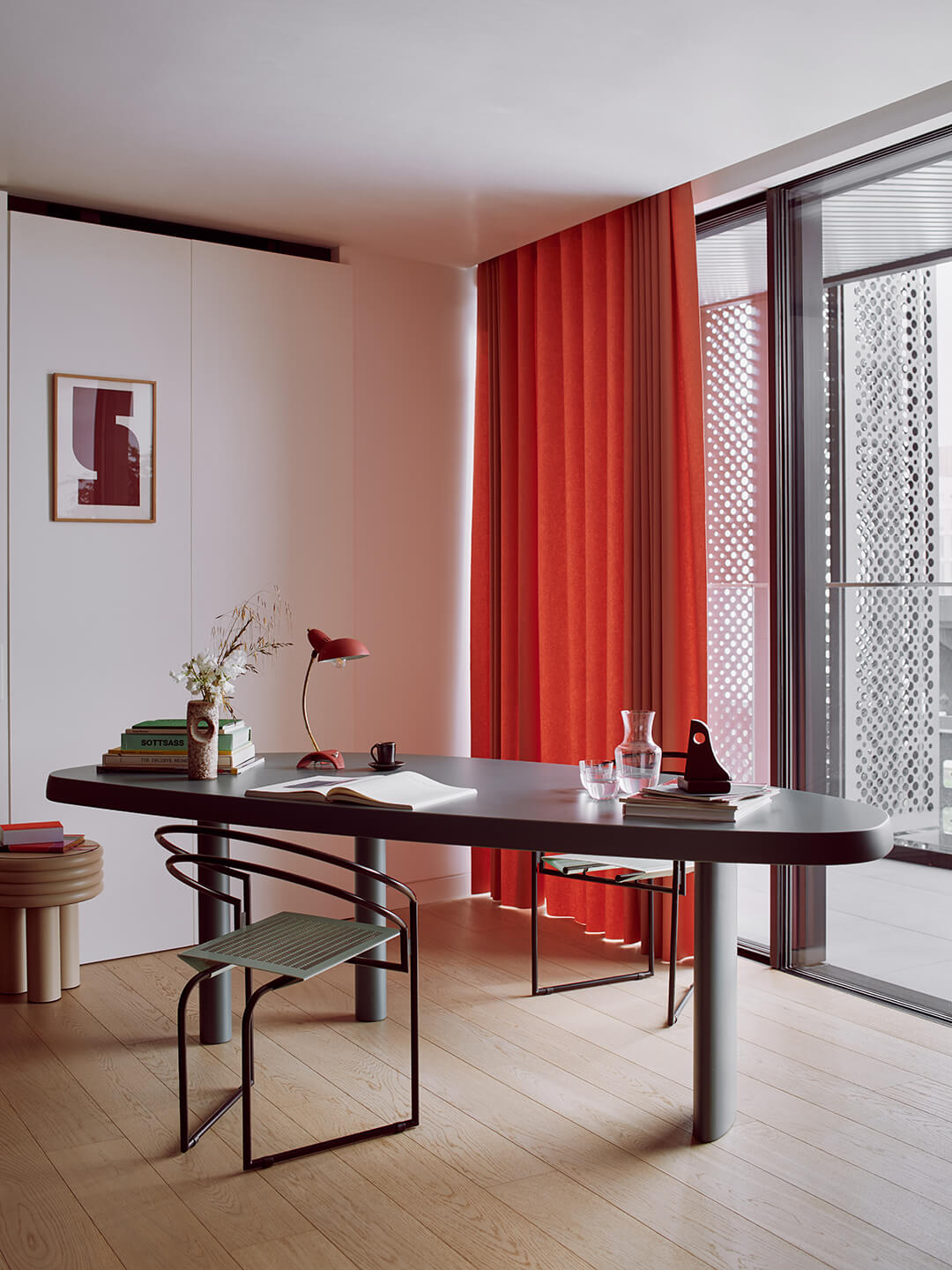 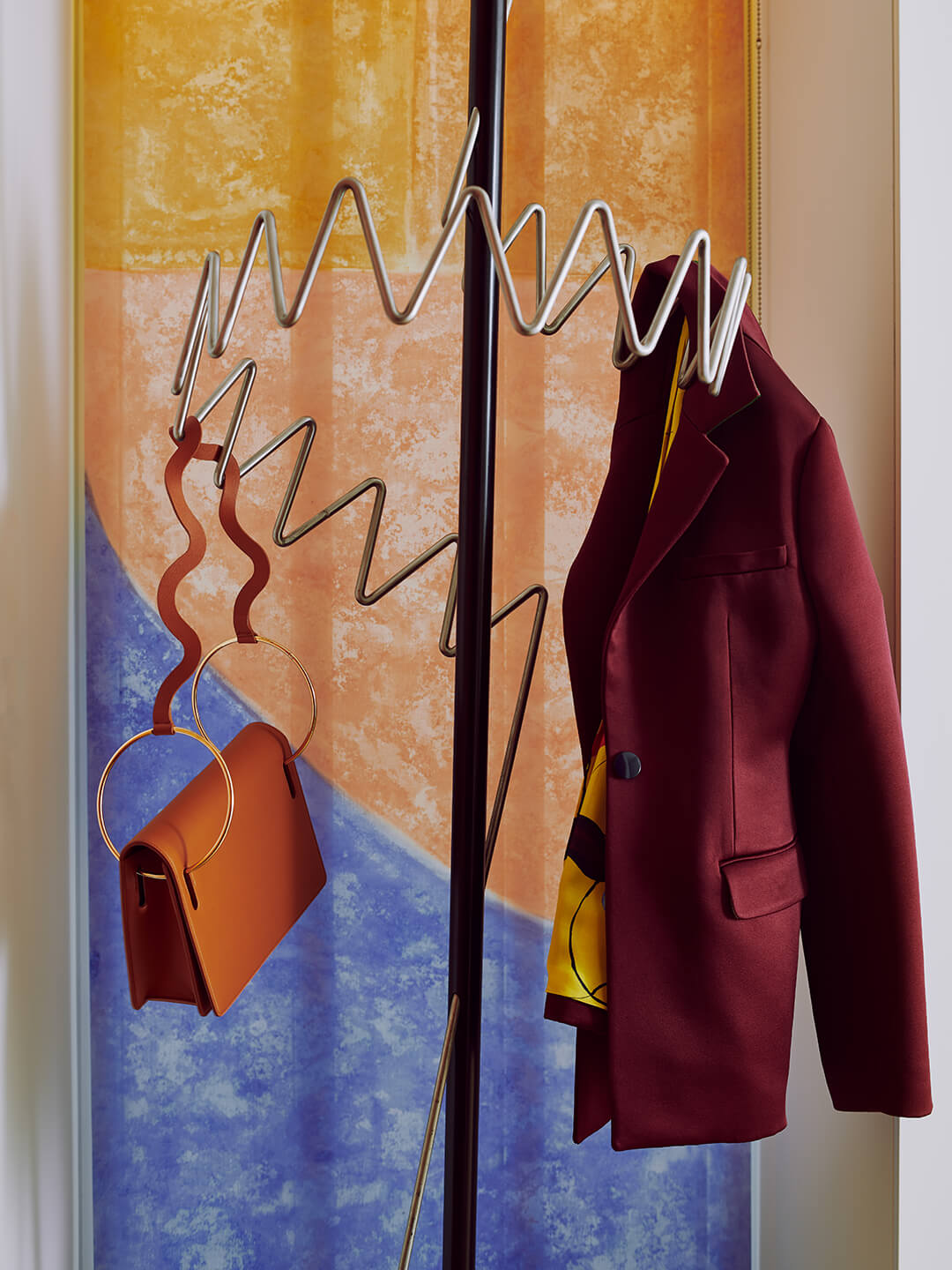 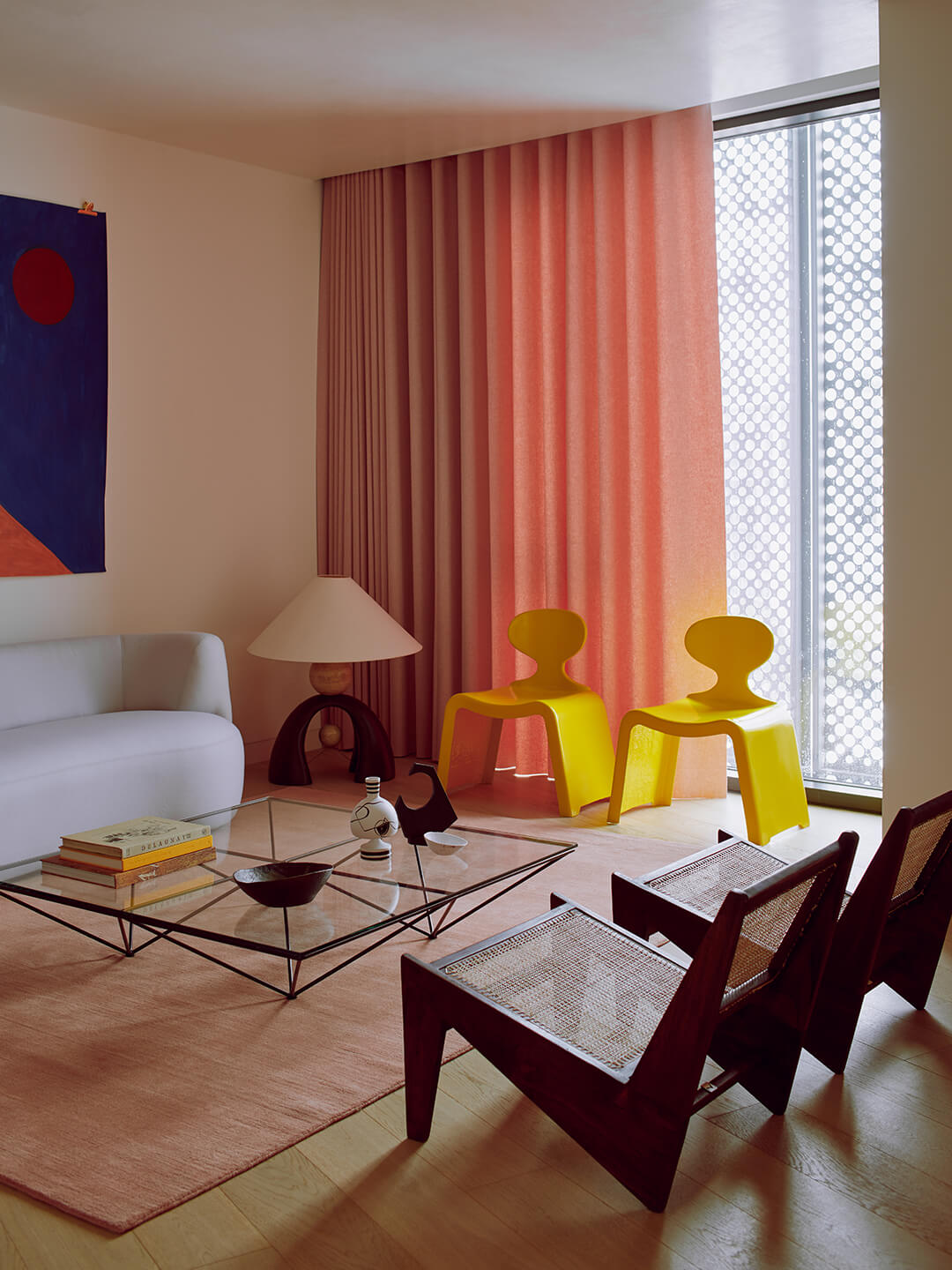 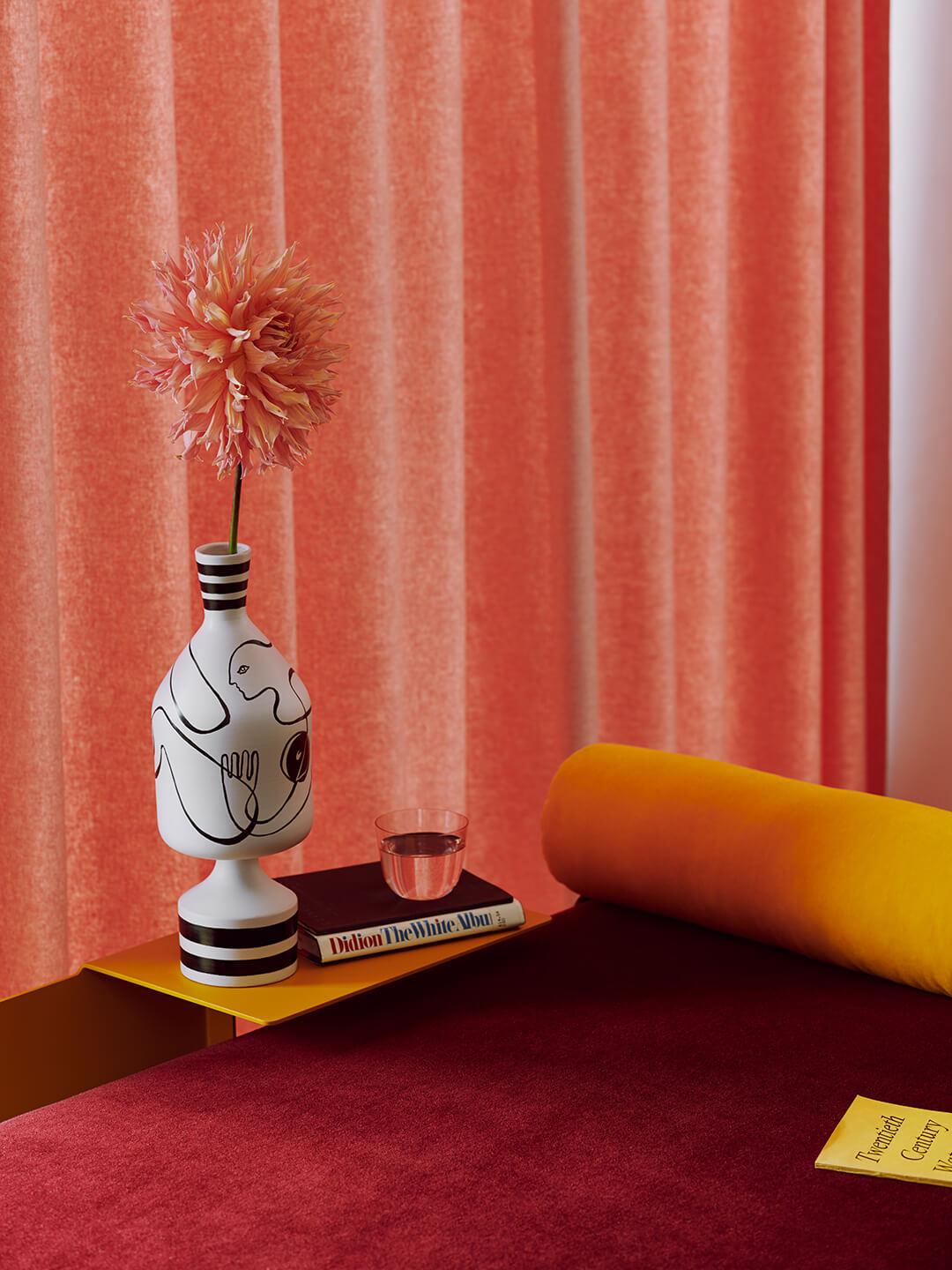 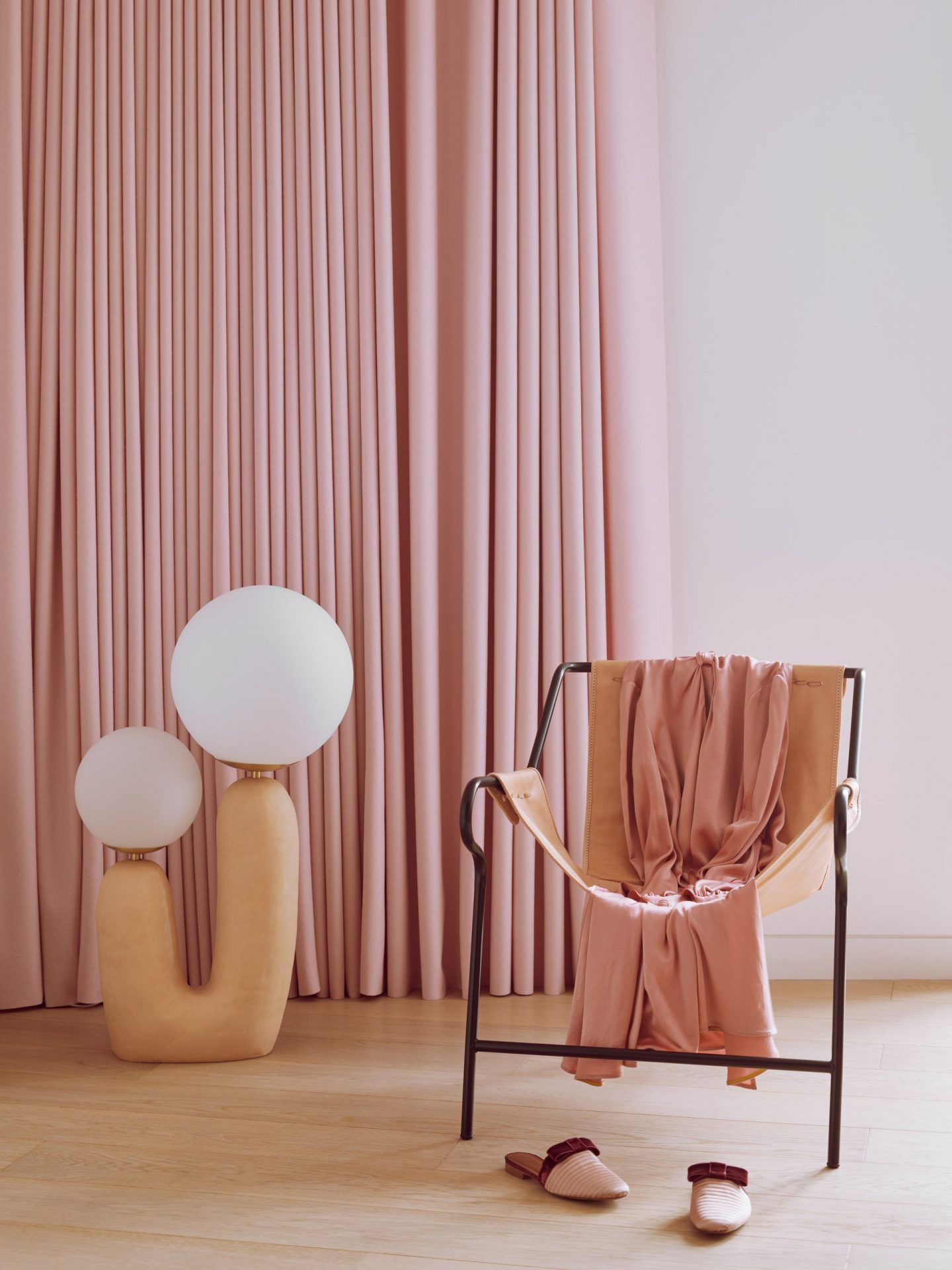 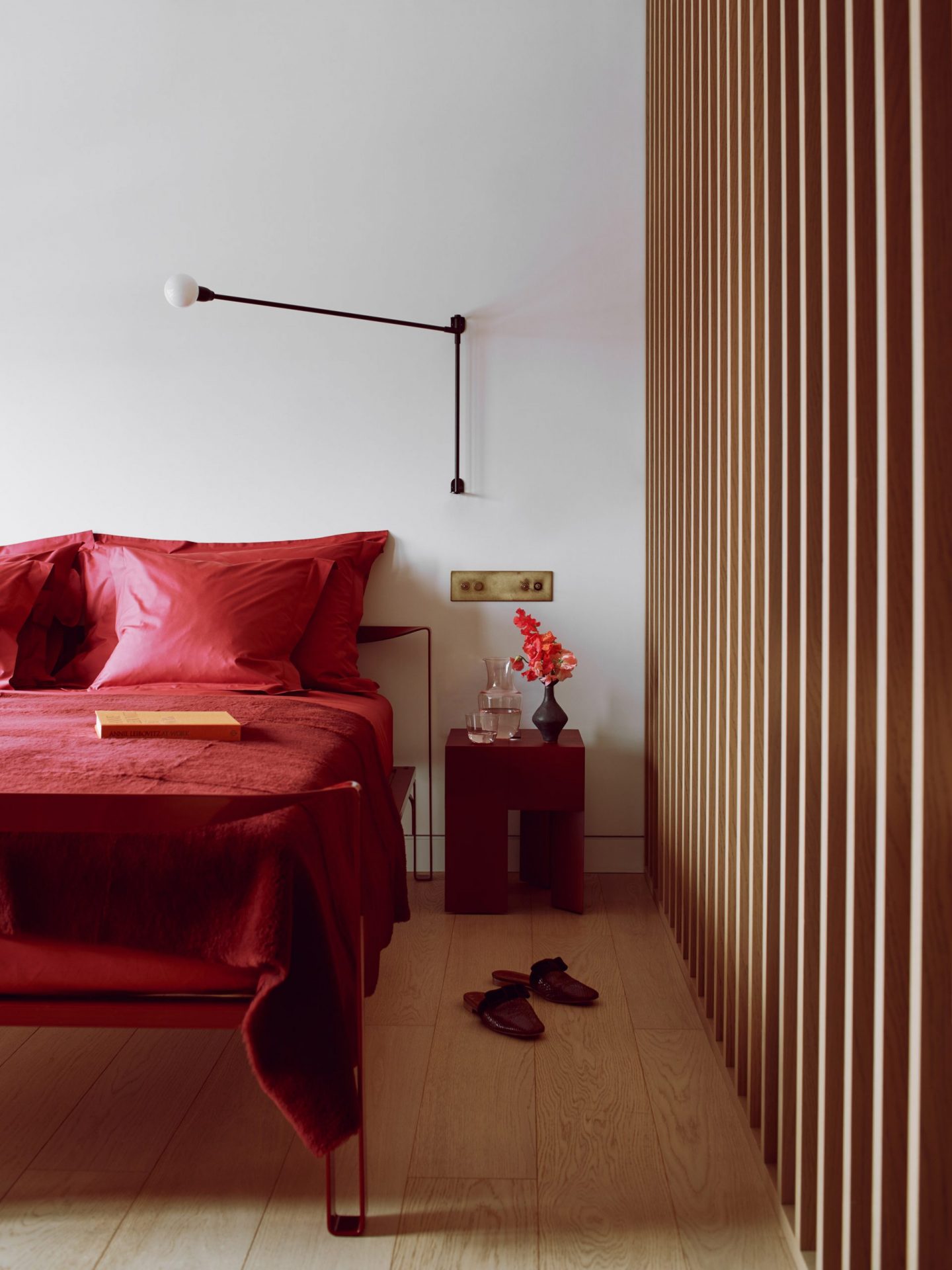 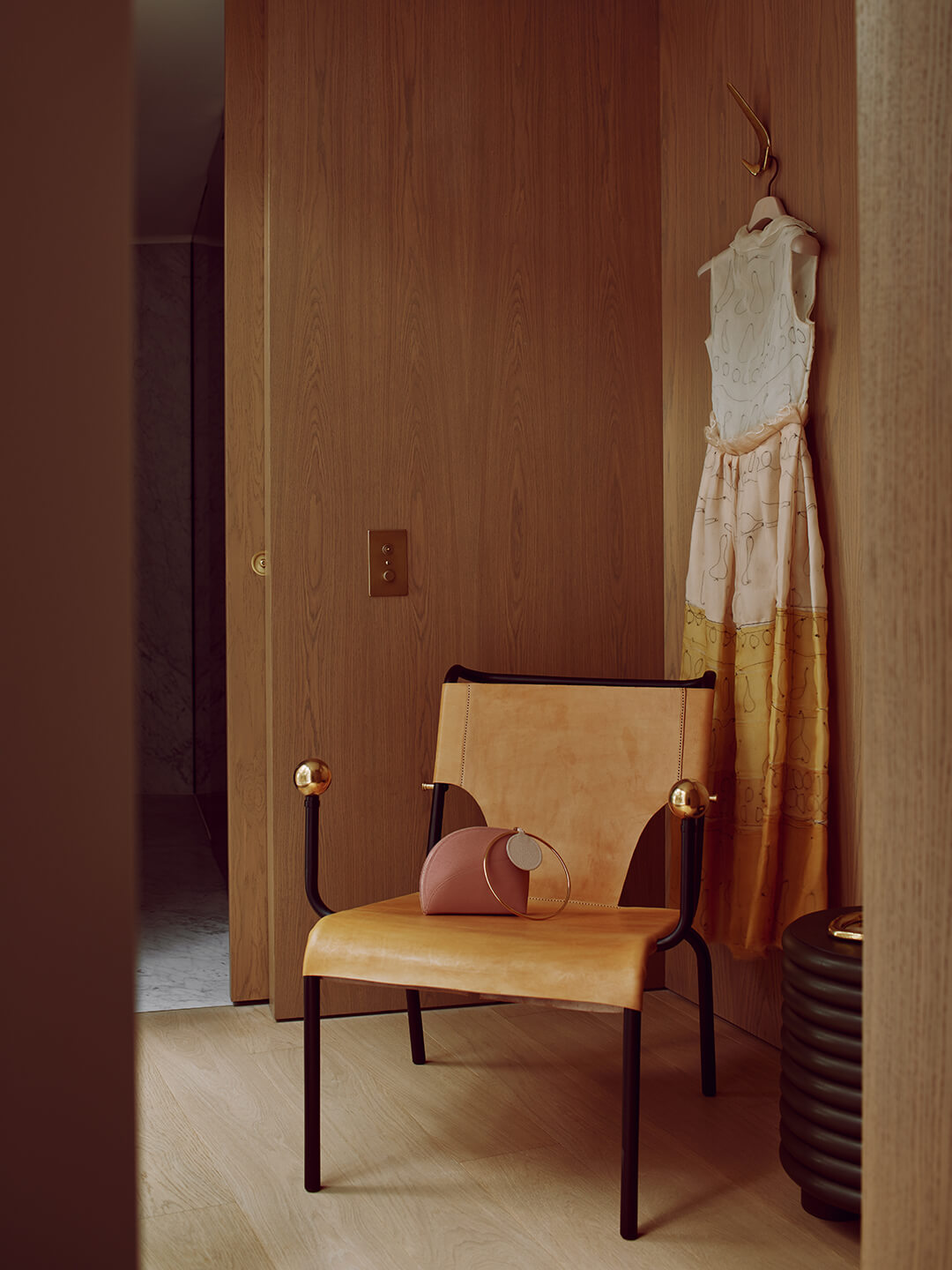 All around the apartment are modern design pieces from many talented females, such as the modern furniture of Lina Bo Bardi and Charlotte Perriand, ceramic pieces by Alana Wilson, pottery by Christine Roland, textiles by Lena Rewell, ceramic lamp by Eny Lee Parker as well as clothes and bags from the Roksanda line.