Brunklaus Amsterdam was one of the nice surprises at the fair since I did not know them before and liked a lot the design. The designer behind Nicolette Brunklaus manipulates her own photographs to create unique textiles and lighting objects. The images are chosen for their colour palette and poetic meaning. All the products are […]

Guess which stand was the busiest at the Stockholm Furniture Fair? Danish brand HAY super trendy nowadays launched its first furniture collection only 10 years ago at the IMM Cologne. Hard to believe, right? Interesting enough though how much they focussed on accessories in Stockholm or at least that was my impression. Probably because I spent […]

Mr. Oki Sato, chief designer and founder of Nendo Design Studio was the guest of honor this year at the Stockholm Furniture Fair and has produced an installation creating the illusion of snow-capped mountain peaks soaring into the sky. “We’ ve laser cut more than 100 plastic foam sheets and transformed them into this landscape that […]

I am still organizing all the information and pictures from the last weekend, huge overload but meanwhile I wanted to give you a sneak peak of one of my highlights. Michael Anastassiades has teamed up with Svenskt Tenn and is exhibiting at their store during the Design Week and Furniture Fair. There was no single piece I […] 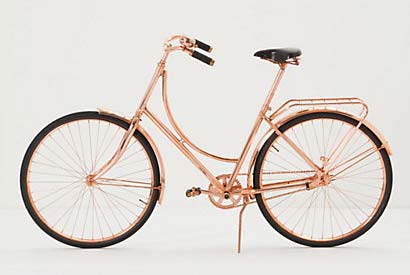 After having written the article about colour trends spotted at the IMM Cologne a couple of weeks ago, I had several comments regarding materials and wanted to post about what I believe we will still see at the up-coming trade shows this year. These are in my opinion the material trends of 2013. Concrete is an emerging trend […]