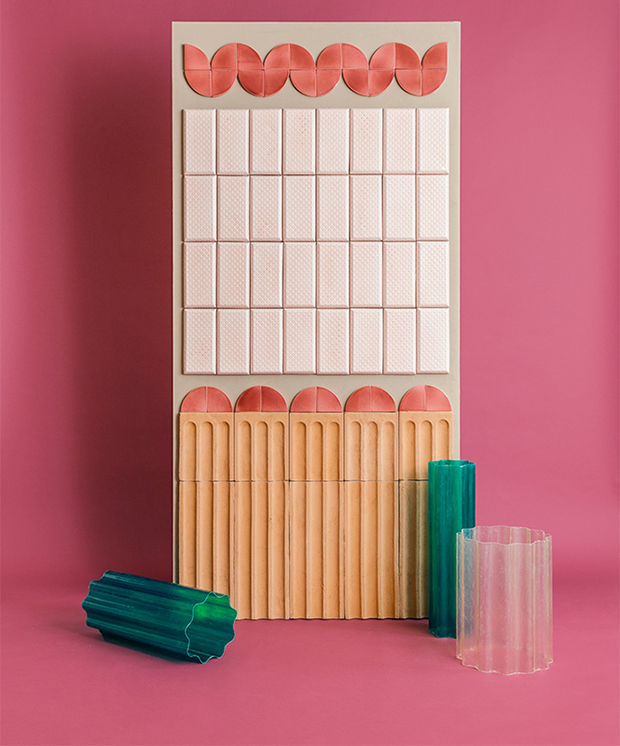 We have been in love with Cristina Celestino’s work since we first spotted her at the Salone del Mobile in 2016. Her work has always such a great visual impact, undoubtedly for the Italian designer’s ability of merging together past and present in a vivid color language.

Today we want to focus on Giardino delle delizie, on the playful tiles design by Cristina Celestino collection, Celestino’s last production for Fornace Brioni, on show during the 2018 Milan Design Week, a second chapter of the production presented last year. 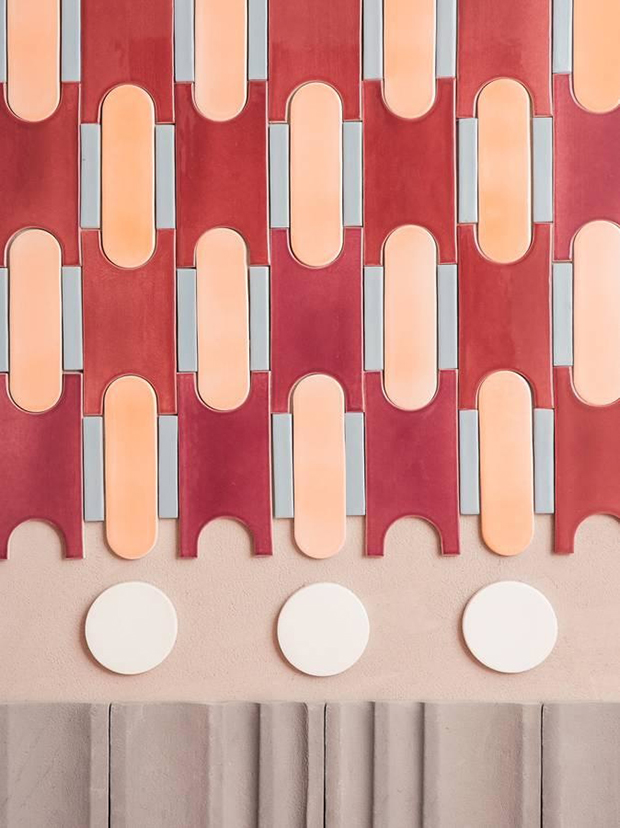 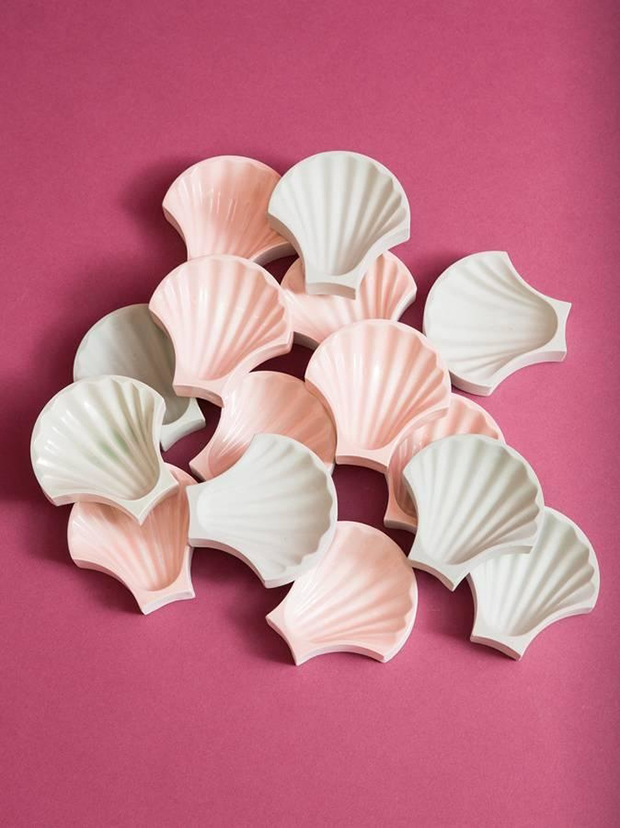 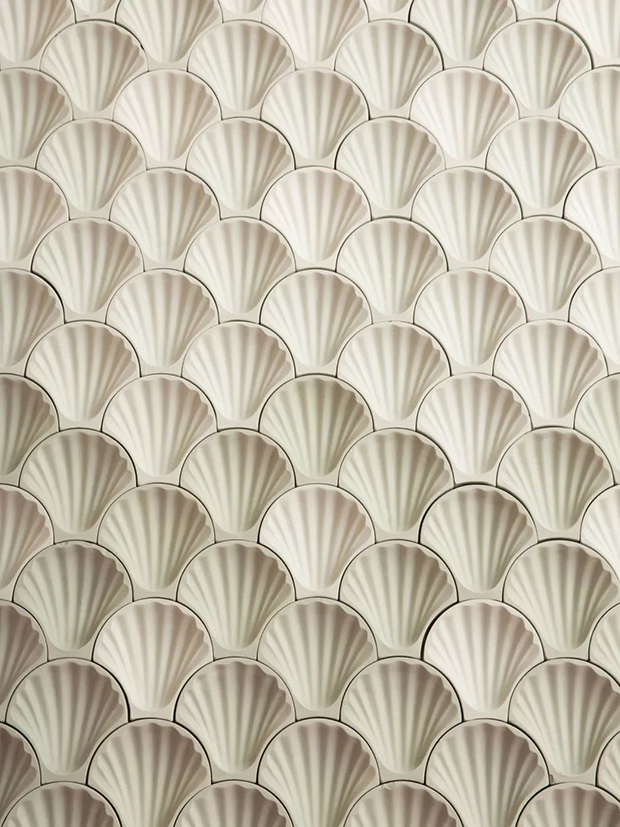 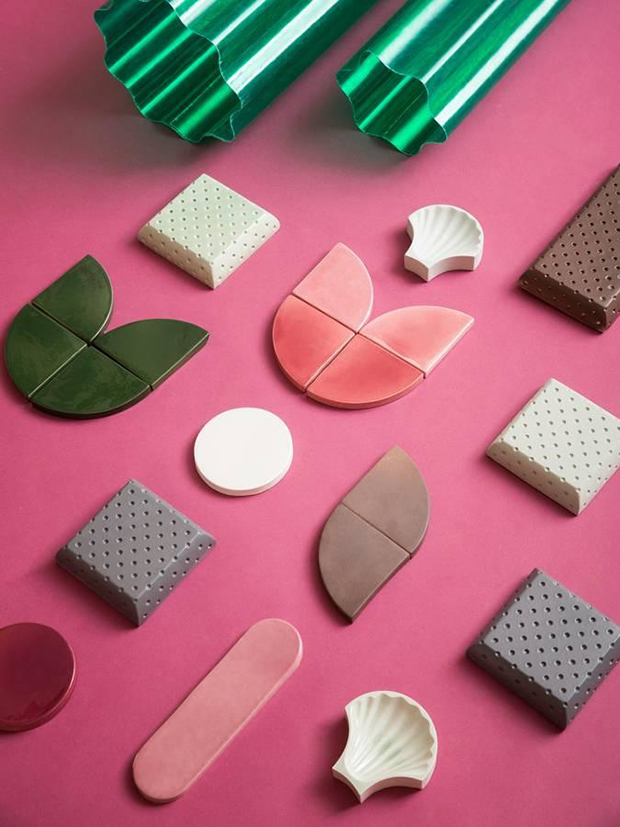 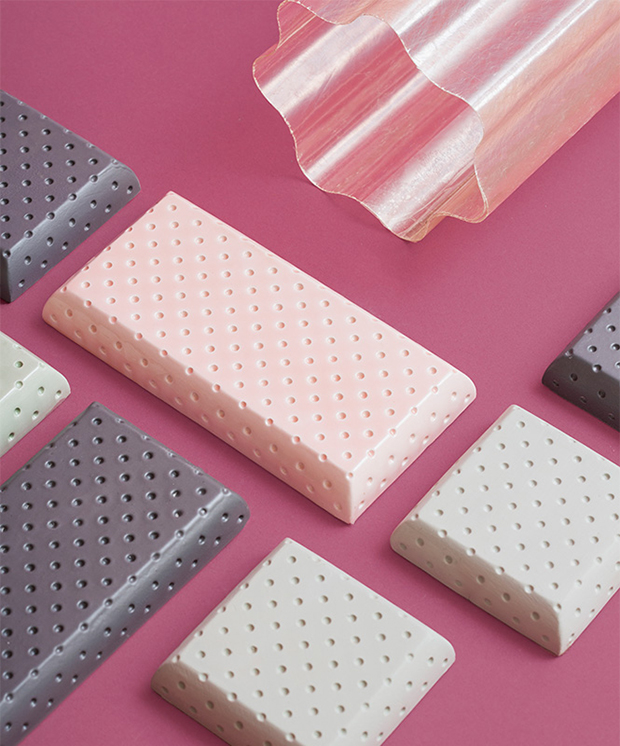 The sophisticated aesthetic of the Giardino delle delizie collection evokes a memorable past of Renaissance garden grottos, special places of delight created to amaze visitors. There was a constant reference to natural elements in the shapes and surfaces of the grottos, although the materials were hand-made. Organic elements, limestone sediments and shells could be found easily in these spaces, especially the last one that could cover entire walls or columns.

It is probably for this iconic value that Celestino has created Rocaille, one of the three themes of the collection and entirely dedicated to shells. As Celestino says “Rocaille is a tile with concave shells, as if what we’re seeing on the wall were lost molds of shells”. They are a strong scenographic feature that reminds to a lost natural world. The delicate gradient palette adds a much-needed contemporary touch to the element.

“Ninfeo– the second theme– is a reinterpretation of ashlar bricks: softer and more feminine with a texture of regular piercings” as the designer explains. This element is characterized by a refined geometry that works perfectly with the Rocaille tiles. Finally, “Delizie plays with the word delizie (delights) as an allusion to the theme of pleasure (for the eyes and palate) and refers to the three-dimensional isolated tiles we often find in early twentieth-century architecture.” This series of tiles are probably the most contemporary: each element is a self-statement that doesn’t need to create a unique tight pattern but remains independent. The glazed ceramic hues of Delizie, on the other side, represent the link with the past.

The different elements can be playfully arranged together in many ways, adapting to the vision of the space as well the preferences of the final user. The formal rigor and the rhythmical repetition of elements open to diversion and to a more free narrative where pre-determined patterns are not needed anymore.

Art In A Japanese Bathhouse