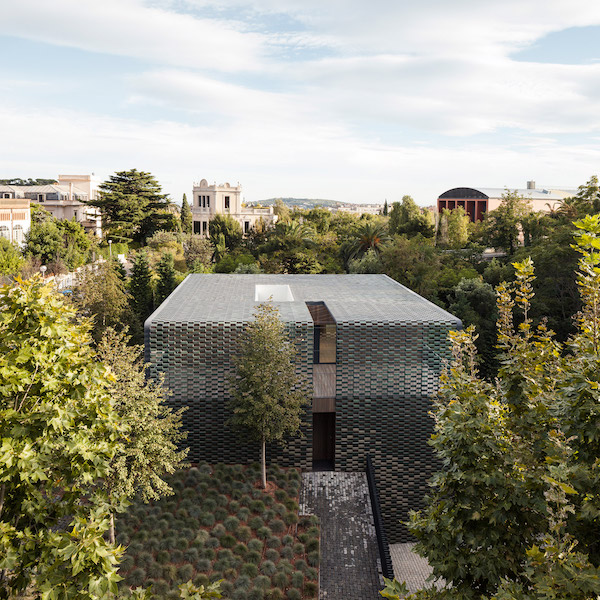 Barcelona Style: A facade made of a grid of camouflage tiles

The Green Trend has become a Green Lifestyle. Looking at this building, the architecture creates the idea of being one with nature. A rectangular, architectural structure with a roof and walls perforated with green tiles, was partly build around this building. The house visually connects with its surroundings, but at the same time it creates a shelter for solitude on the inside. 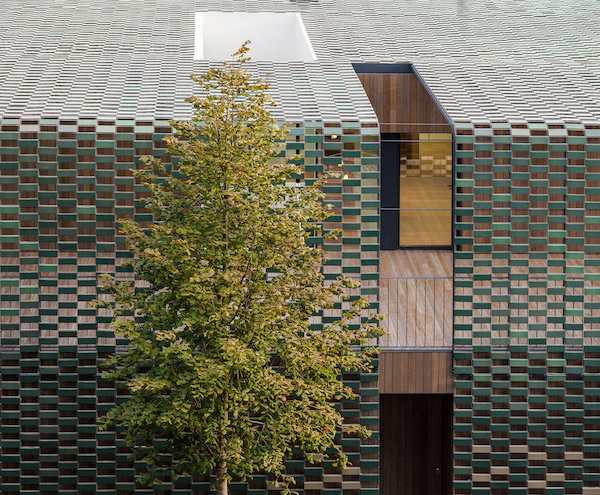 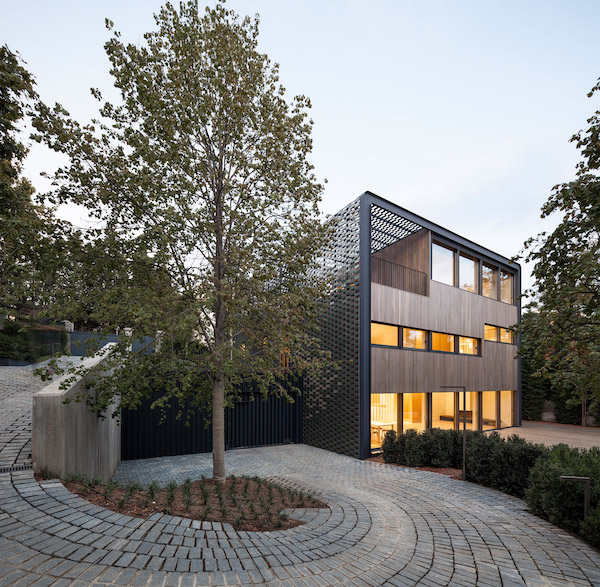 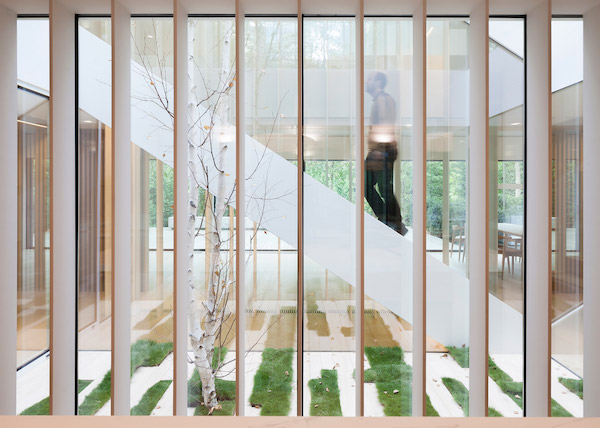 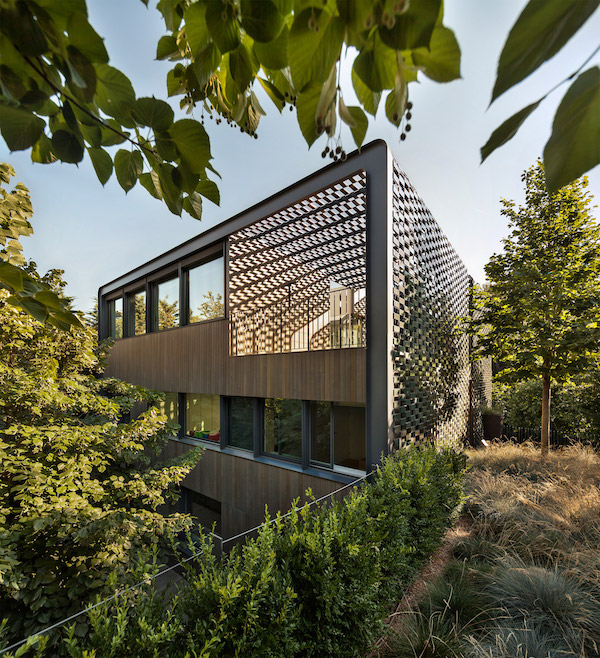 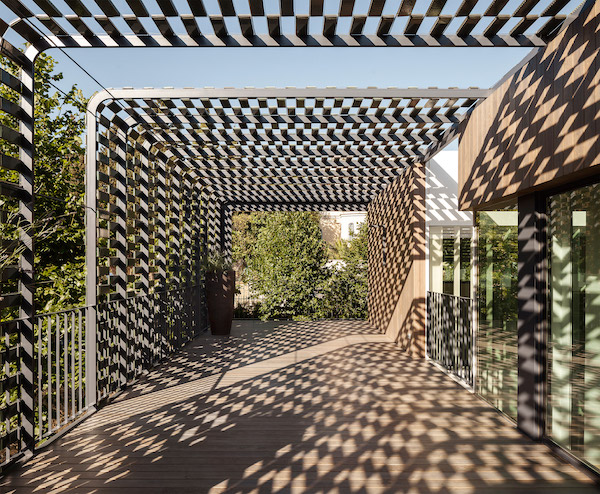 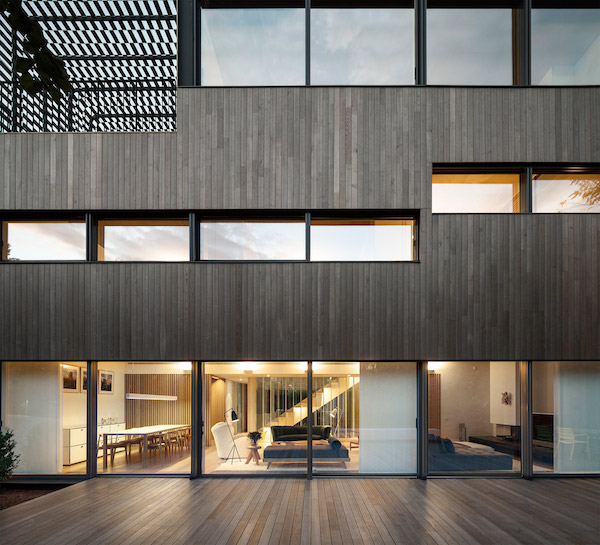 This house was designed by Spanish architectural bureau PMMT, this studio has a particular approach to designing buildings –  it is focusing on forward thinking healthcare architecture. We love how it shows a very interesting way architecture has to face to improve global living standards of our times. Originally it was designed on a historic property that belonged to the Indian consulate in Barcelona, now it is owned by a family.

Tiles have been used in interiors and exteriors for thousands of years and this is a wonderful example of a modern or neo camouflage (we’ll talk about this concept more often int he future). To create the idea of disguise, the designers used four different shades of green that can also be found in the surroundings during all four seasons. The tiles are fixed to a grid made of stainless-steel wire and partly cover the house. This way a screen is created that not only merges into the territory but also creates more privacy for the inhabitants. For a better seclusion, the living areas are  positioned towards the back of the house.

‚With this ceramic curtain, we were able to solve four plans that in architecture are normally solved in separate ways: the facade, the pergola, the curtain walls and the roof’ architect Alex Herráez said. The facade is associated to the natural environment but then again closes the complex to the public eye. The important part is to give back an extraordinary piece of landscape rather than conquering it.