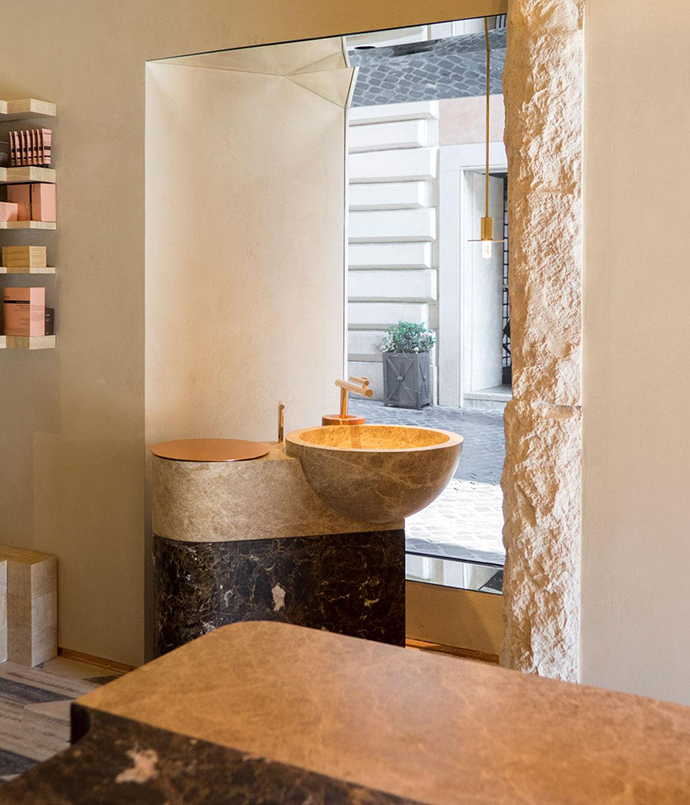 It was during a trip to Los Angeles earlier this year that the mutual appreciation between the two men blossomed into this collaboration. The result was the Australian brand first store in Rome.

Aesop, well-known for its luxury sustainable products, has become a reference of the anti-globalization movement in retail, especially thanks to its commitment to local vernacular languages in the design of the many stores around the world. This same “local language” can be found in Aesop’s Rome store by Guadagnino. The materiality and colors of the historic site and architecture nearby are embedded in the interior design of the store. 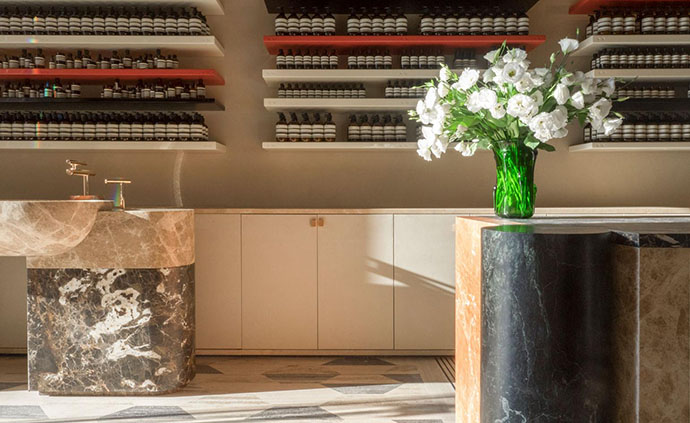 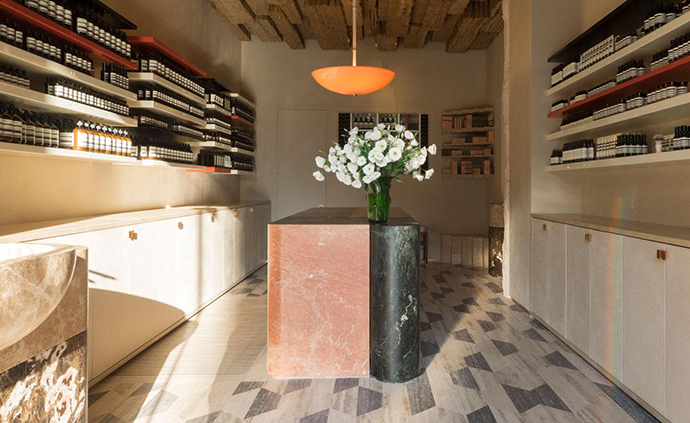 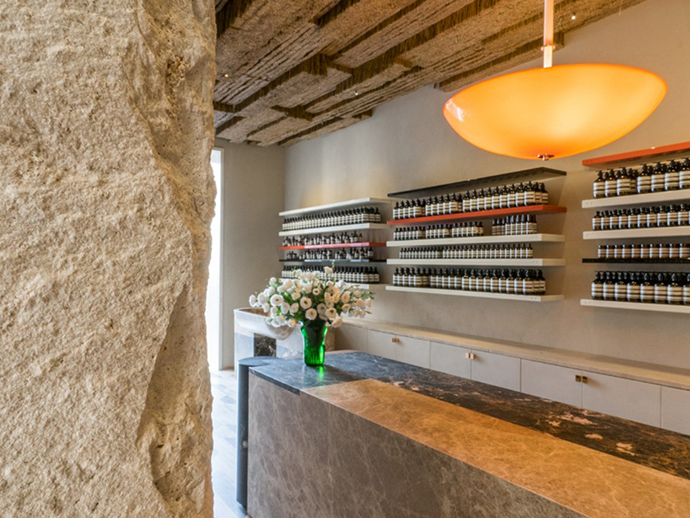 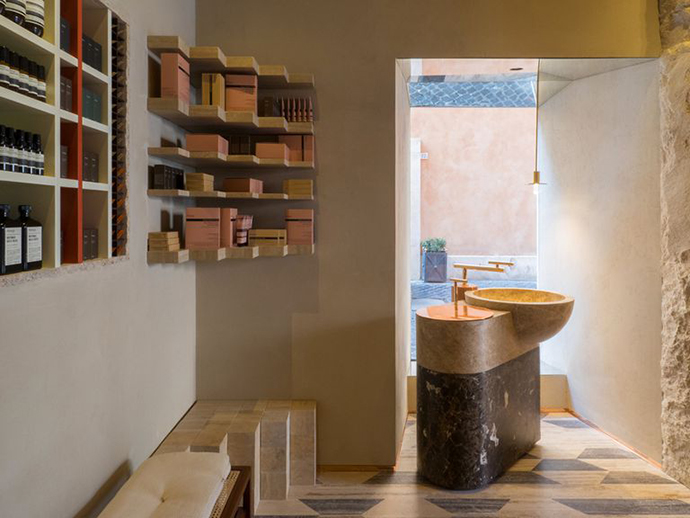 The monolithic counter, made of dark green and pink marble, embodies both references to architecture of San Lorenzo in Lucina church as well as to modernist sculptural forms.Above lays the low-hanging monastic pendant light, by Peter Zumthor for Viabuzzuno, whose deep orange glow enhance the sense of monastic order and tranquility of the place.

The basins are a clear reminder of superb Carlo Scarpa’s work, famous for the extreme care in the details and the high-quality craftsmanship of his design. Three different tones of travertine tiles, from cream to dark grey, cover the Aesop store in Rome, another homage to the interior of San Lorenzo in Lucina church.

While references to the cultural heritage of the city are visible by the choice of materials, the atmosphere reminds of the store is more closely related to Pasolini’s world. As Guadagnino stated about Dennis Paphitis’ view: ‘We realized that we were attracted by the idea of a Rome that had now disappeared, from the fifties, by the contrast between the ancient buildings of the city and the surrounding countryside”. He adds “[Paphitis] is drawn by an idea of Rome that is not the usual. Rome relies on its vestiges in a lazy way and Dennis talked about a modernism that gave us an identity after the War. Our minds wandered through the canon of Pasolini and his aggressiveness of modernity.’

Guadagnino has recently founded an interior design studio to pursuit his “second dream career”, as you may recall from our earlier post about his friend Federico Marchietti’s Lake Como house. And from what we see here, we cannot wait for the next retail project they are working on in New York’s Soho.