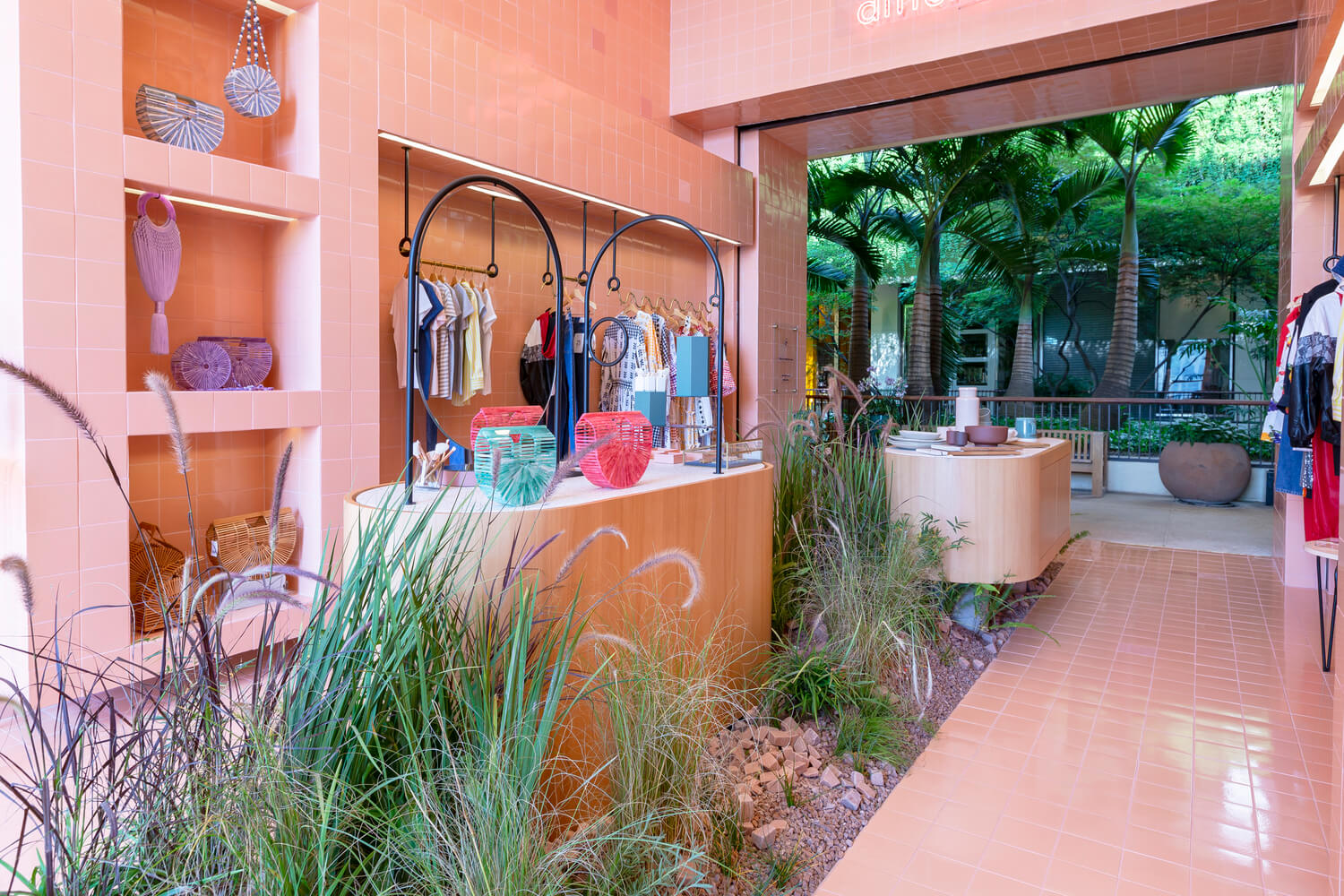 Bringing the outdoors in is a term we’ve heard for a few years now. But how does this look in the Retail Universe where daylight is often spare and plants have a difficult time getting enough nutrients?

Located in São Paulo, the first permanent flagship store The Garden Above was designed by the Brazilian design duo Pistache Ganache. The main concept, an abandoned pool taken by nature, came from the desire to extend the mall’s central garden into the store.

The design process was an exercise of thinking about how the mall would be in 100 years from now, possibly becoming an abandoned building and ruin taken by nature.  The garden became the central element of the store bordered by fashion items almost relegated to the second rank.

The central atrium of the store, with its 10,345 pink tiles, 10% of which come from tile cemeteries, is inspired by the series Sauna and Baths by artist Adriana Varejão (which are very worth checking out!). 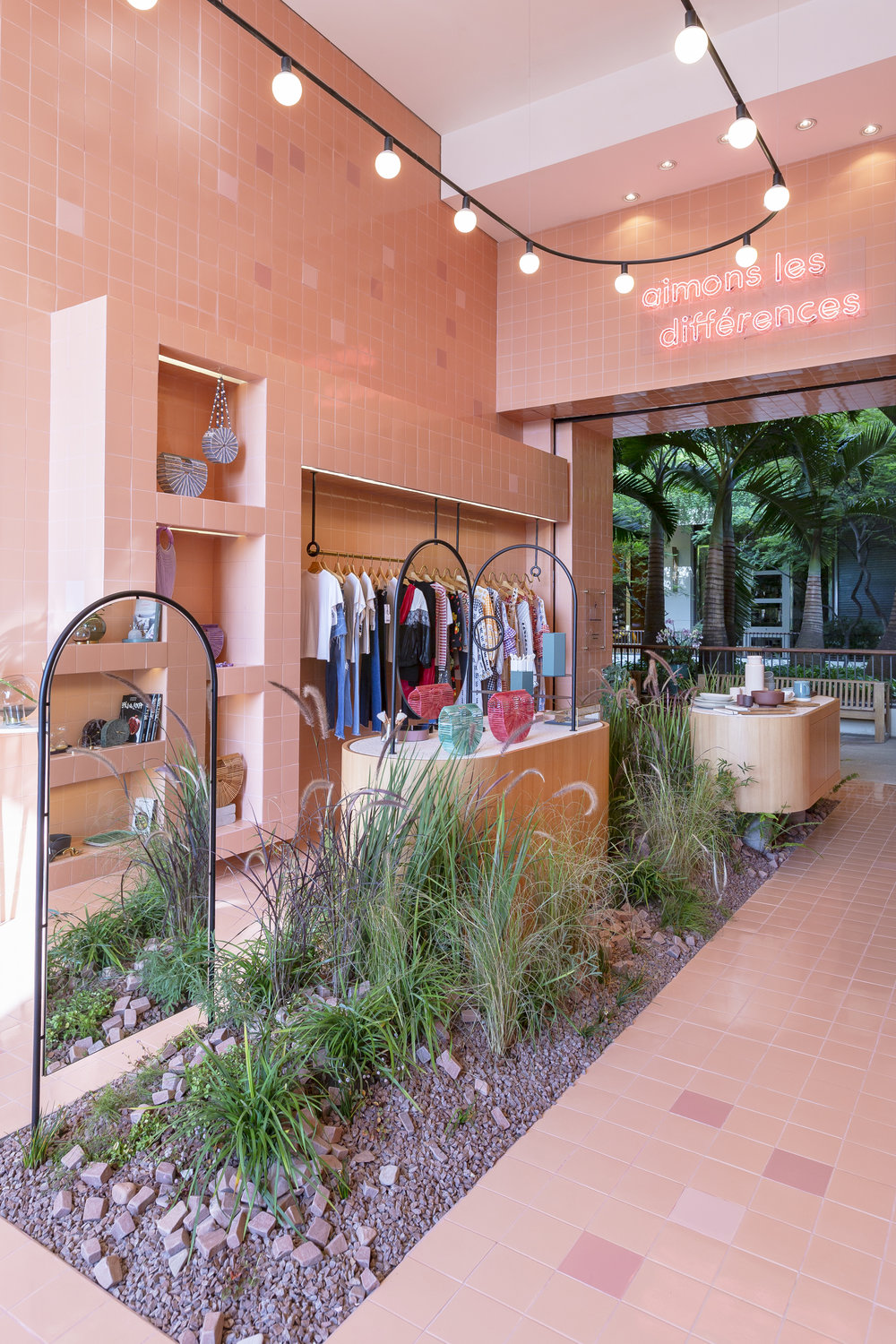 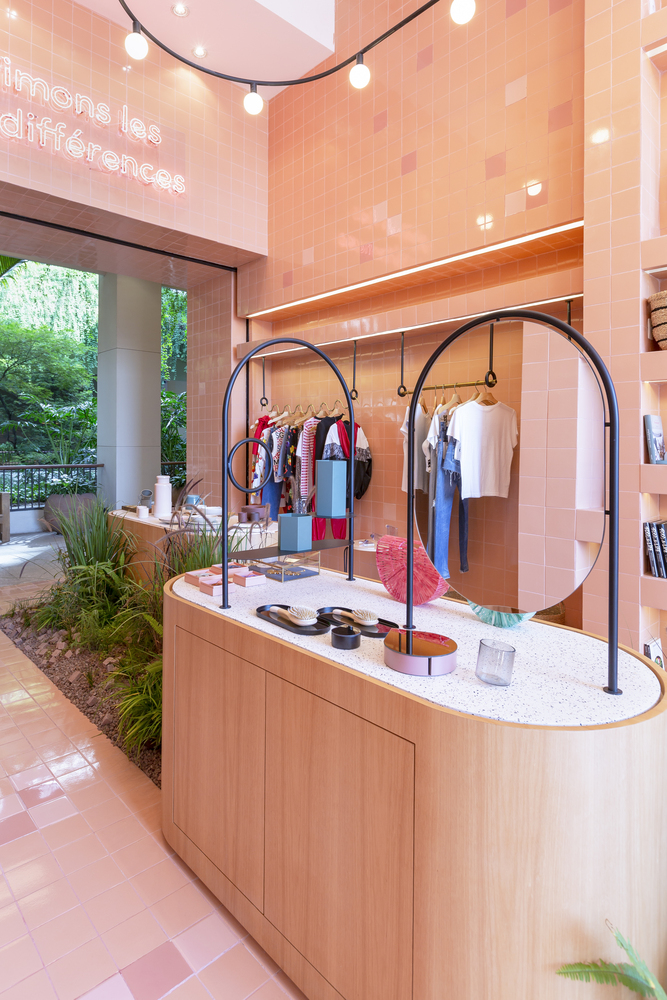 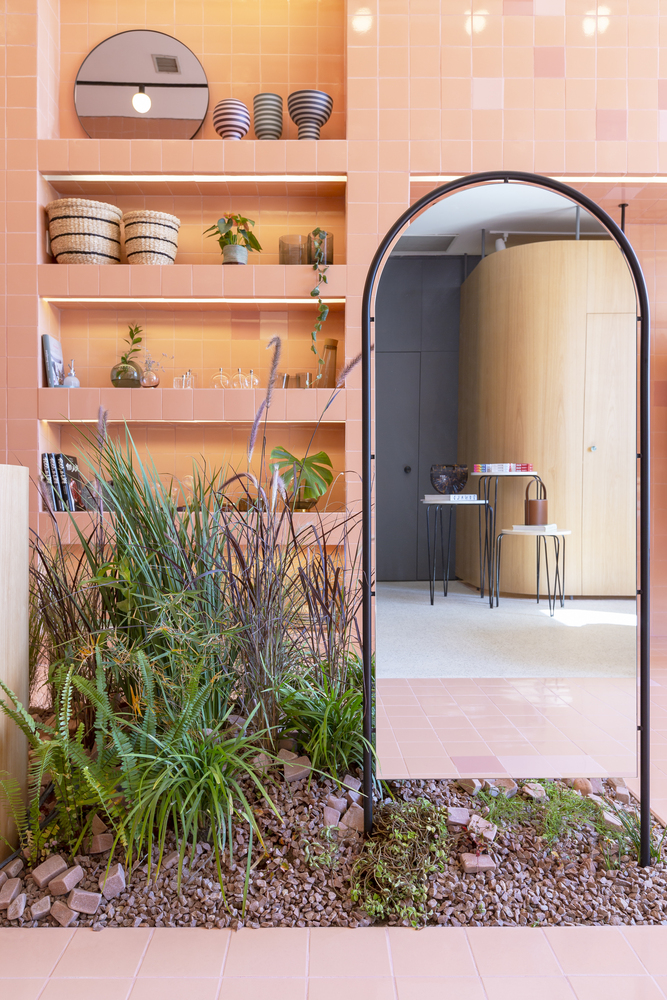 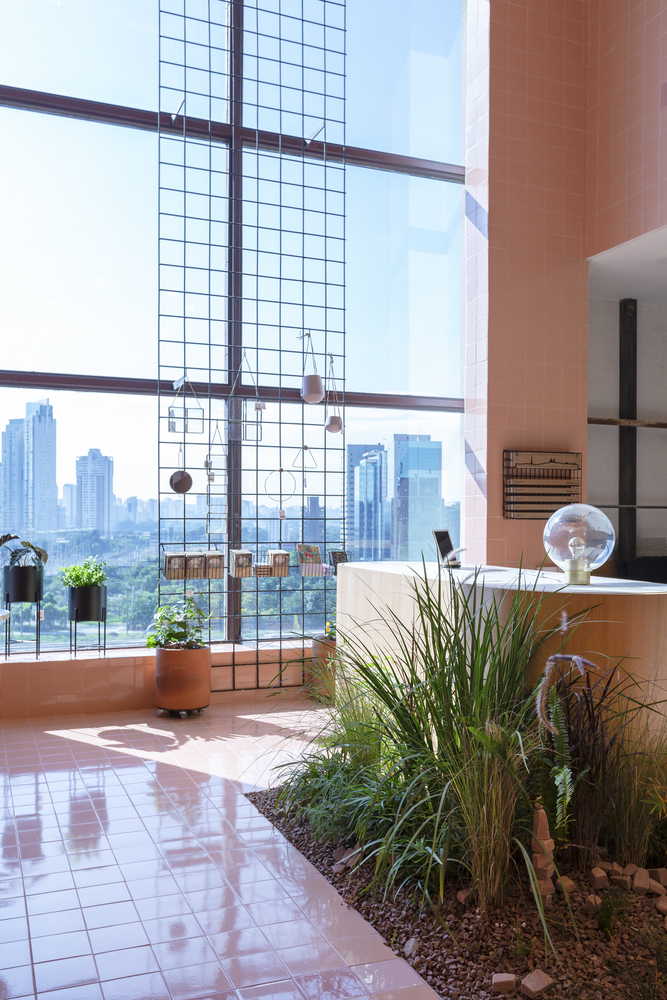 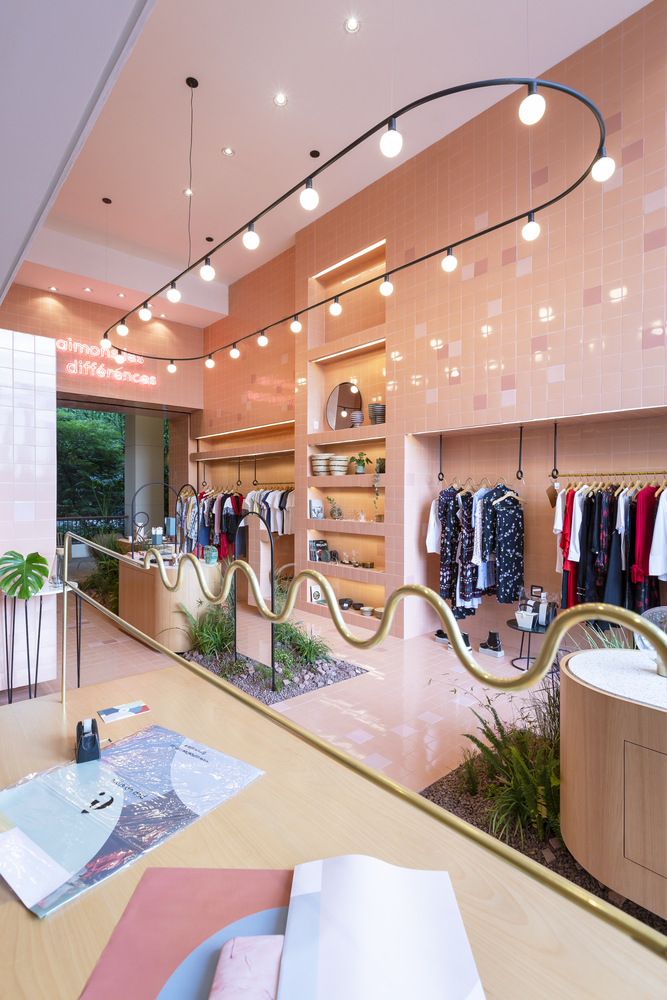 Hybrid living: A room within a room