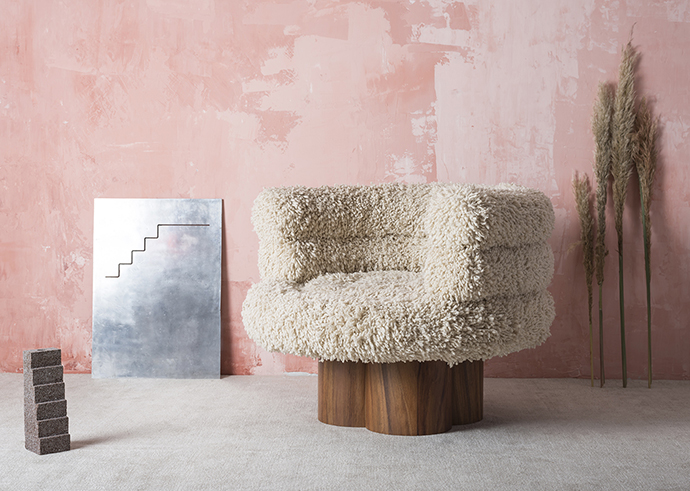 This is why we want to share the modern craftsmanship of studio Agnes furniture collection:

Guatemala city-based studio Agnes was founded at the end of 2016 by designers Estefanía de Ros and Gustavo Quintana as a multidisciplinary studio focused on designing and creating furniture, objects, and spaces that live in the gray area between art and design. Their recent collection “Living-Stone” is an exploration of contrast between ancient materials and techniques in a futuristic context. Inspired and driven by the architectural heritage and by the 60’s and 70’s Radicalism , studio Agnes Imagined the object as the possible evolution of Mesoamerican symbolism in Pre-Columbian architecture and design.

2//What draw our attention the most:

Studio Agnes Living-Stone collection stands as another example of the increasing contamination among different disciplines, in particular, between art and design. This cross-pollination finds often its starting point in the exploration between the hand crafted and the mass-produced in what is a reflection about the influence of the immediate context and materials next to us. In their work, Studio Agnes clearly shows a preference for working with organic, natural, and handcrafted materials and techniques.

“Even though we sometimes might combine them with more avant-garde techniques or industrialized materials to reinterpret or create new versions of symbolism derived from our local and sometimes global culture that is embedded into our collective mind” says Gustavo Quintana. 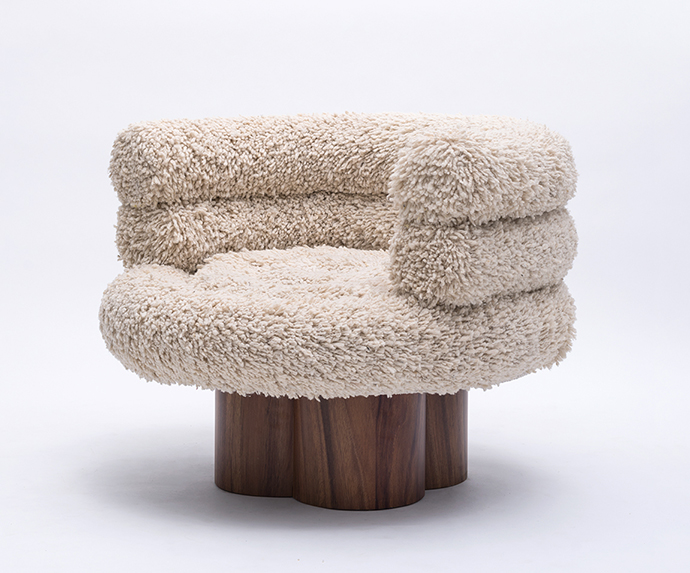 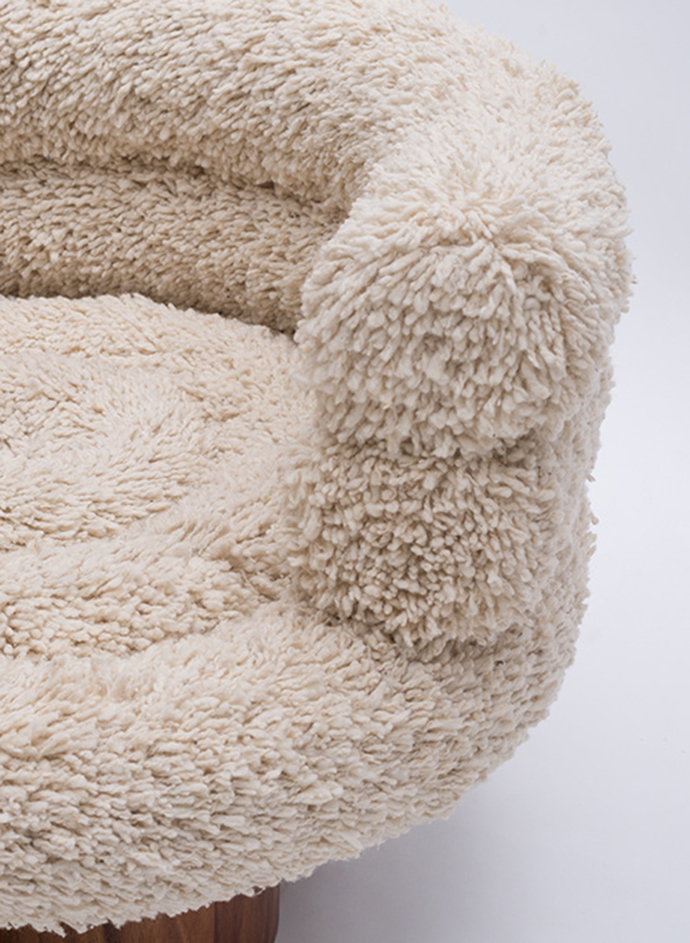 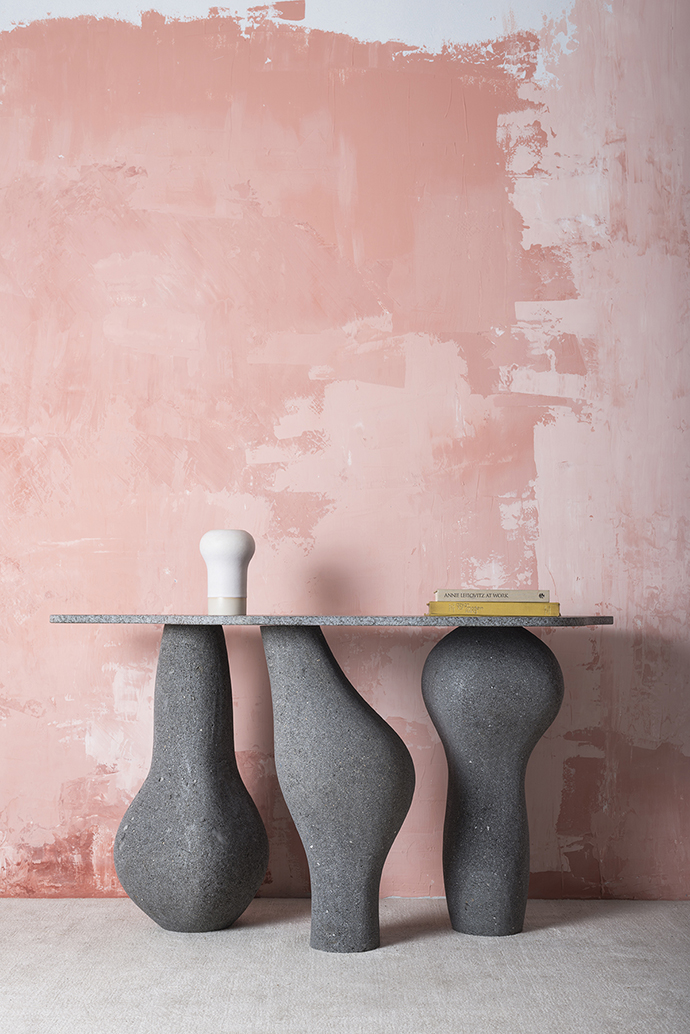 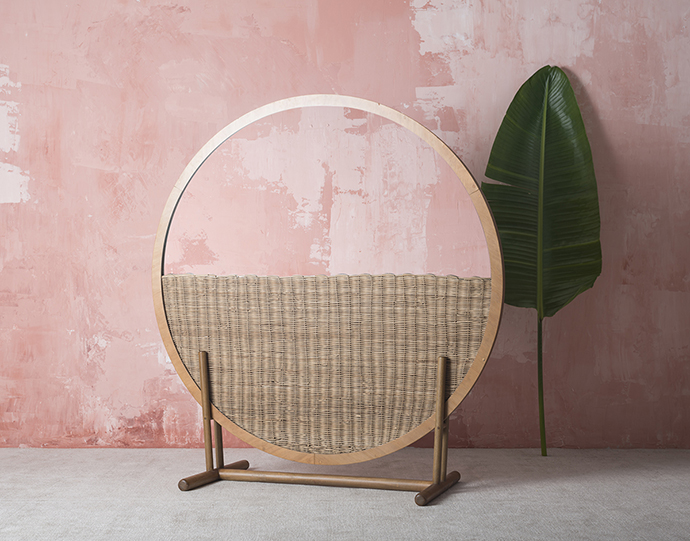 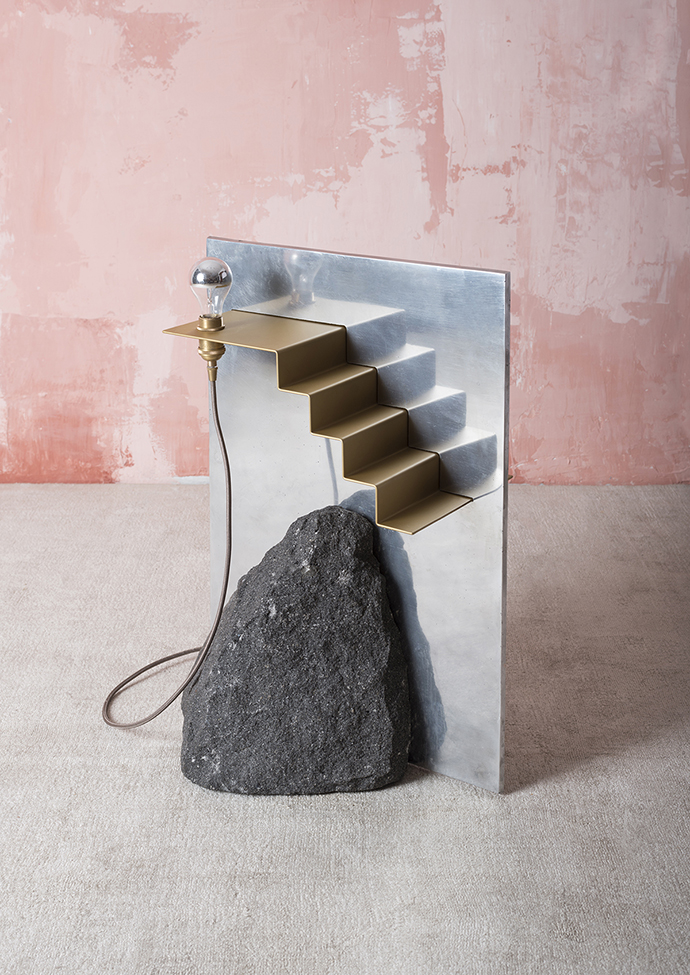 The most interesting piece of the collection is undoubtdly the Lana Chair, a simple yet captivating object that invites you to lounge in it, immerse you in what must be an extremely interesting tactile experience. It was the desire to explore the use of Momostenango wool – a special rough Wool from the Guatemalan Highlands – in a new context, that lead to the creation of the Lana Chair. The rest of collection consists of by an hand-carved console that resembles a altar; a lamp as a representation of the symbolic relation between pyramids and the enlightenment; a circular screen representing the eclipse and an ornamental vase made out of red volcanic rock and named in honor of the Tlacuache, the only Mesoamerican marsupial.

Studio Agnes investigation about a synthesis of ancient formas and contemporary ways of living is one of the approaches to design we see more often nowadays. An example is Roberto Sironi’s work inspired by classical architecture. You can see the post here.

Art In A Japanese Bathhouse