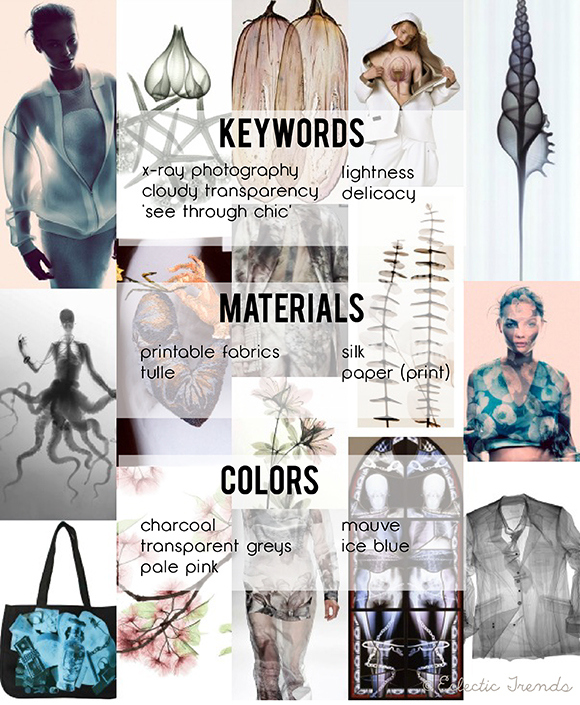 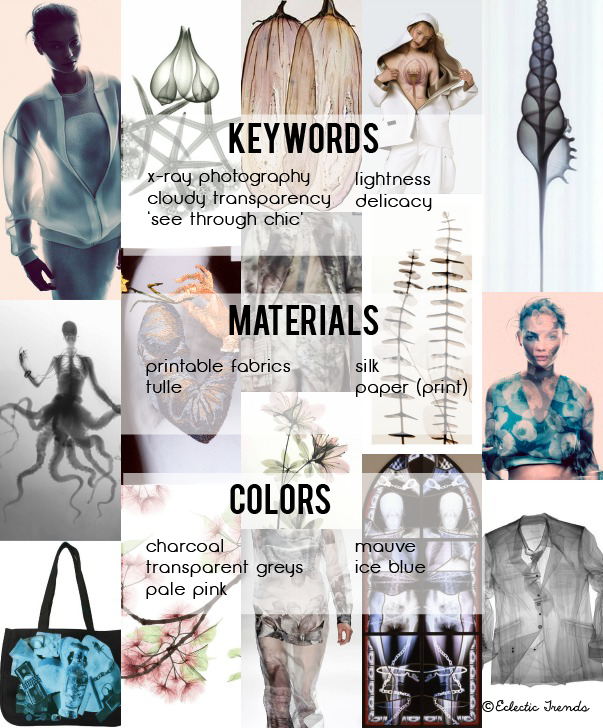 Here comes the second part of my trend presentation for Global Color Research I have shared as well at the Blogger Brunch the past weekend. This was another winner (to my surprise) together with WONDERLAND. I believe the colors influence a lot here too since they are soft and gentle, and we have seen seem them mainly on the Scandinavian markets for a while now. 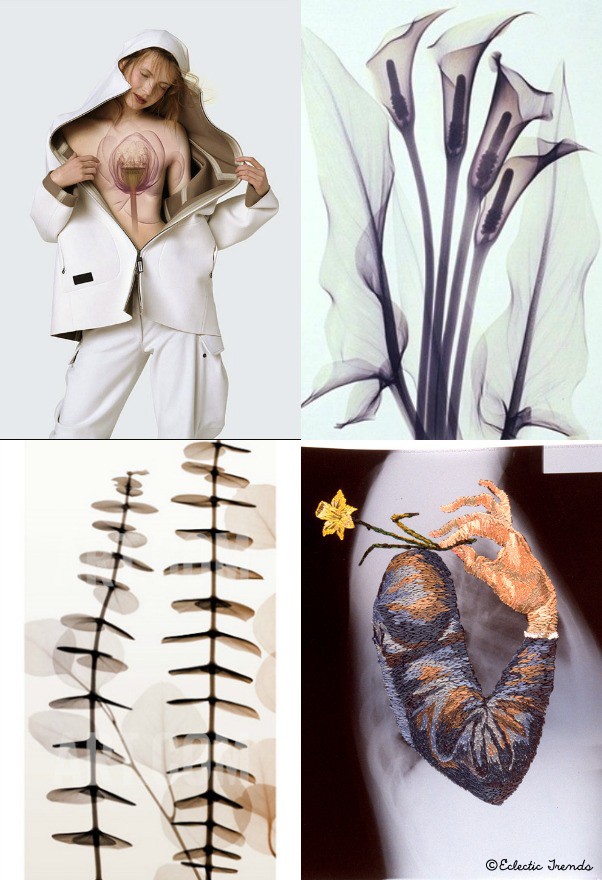 The origin of this trend stems from a highly tech ruled world where we feel increasingly scanned. In today’ s life we face a constant correlation of security and surveillance with the human body being scanned at an airport when we travel, while interacting on the internet or tracked by hidden street cameras.

As an interesting contrast to observe, Scanned! sees its translation in wonderful x-ray photography where beauty lies in transparency and fragility. Revealing the inside becomes art. 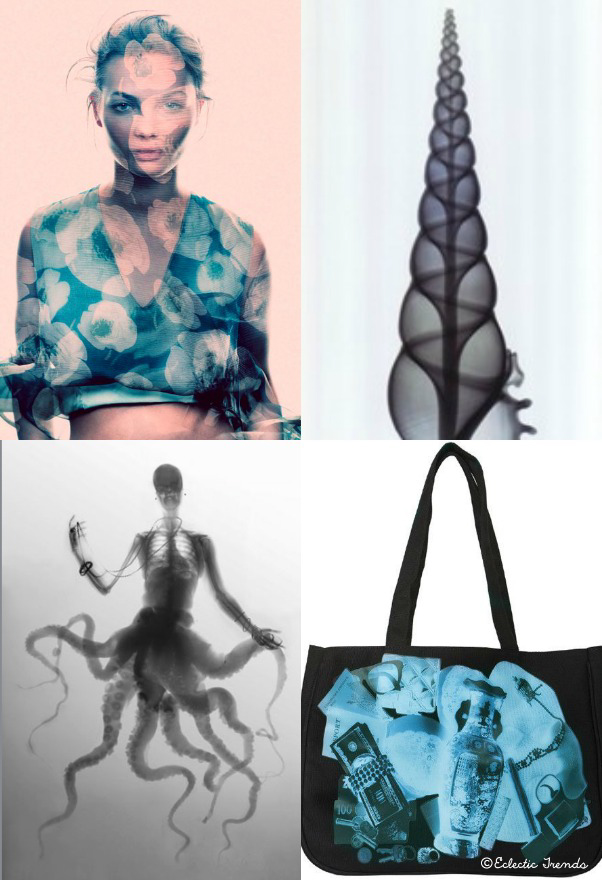 By exposing an object to x-rays, one discovers new and sometimes surprisingly delicate structures and hidden beauty. It is a technique that invites to strip back the layers and discover what it is that lies under the obvious surface. 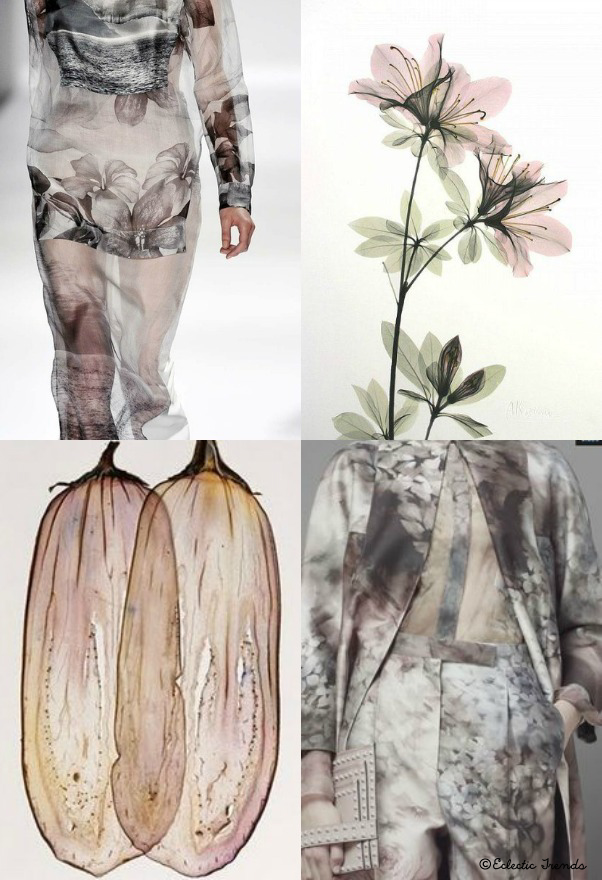 It is a movement that invites to discover and explore in a different way, like looking underneath the surface and being marveled

Stephen N Meyers captivates with his giclée prints (flowers, plants and see creatures) using a sophisticated and patented printing process where a fine stream of ink is applied on watercolor paper. As a result, the transparency of his natural objects is just stunning.

Meyers carries on a tradition begun over seventy years ago called radiographic art. Unlike traditional radiographic art, Meyers actually prints these x-ray photographs, a difficult process since x-ray doesn’t react to paper in the same ways that standard photographs do. He began selling his radiographic flower photographs via street vendors in New York, but now shows several exhibitions a year. 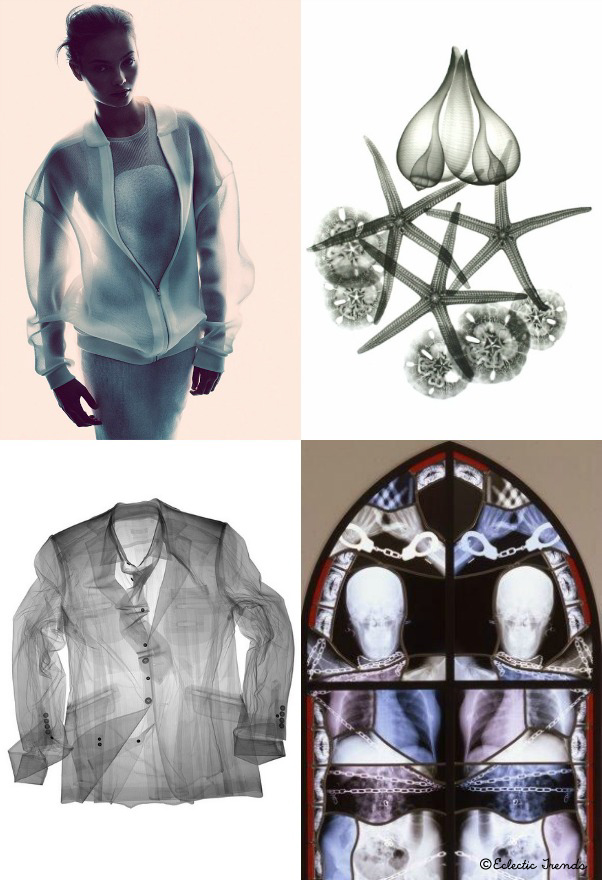 On the other side and with a more mechanical approach, British photographer Nick Veasey holding several International awards, works at a x-ray lab combining the art of photography and the science of radiology. His studio is equipped with a medical scanner 60 times as powerful as medical ones.

Among his many larger projects, the x-ray photography of a bus was taking by a device normally employed by American border police to scan vehicles. The passengers are in fact one body adapted to different body positions.

Belgium artist Wim Delvoye has explored x-ray art in a totally different context some time ago creating an interesting juxtaposition between the religious and the scientific with his 9 Muses project. These nine stained glass windows crafted in a gothic arch shape were made for a commissioned chapel by the Mudam Museum in Luxembourg where he questions today’s society with rather provocative images in the religious context. 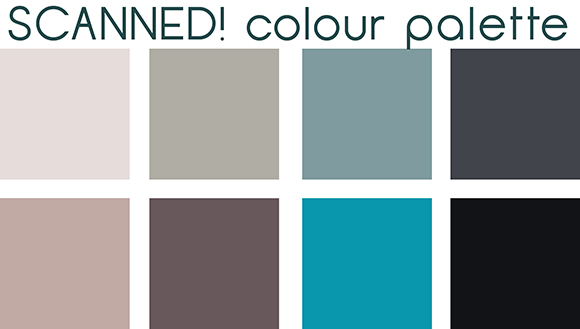 Changing the discipline and blurring the lines between art and science, see through materials and shiny panelling are making always a come back in Spring/Summer seasons.

Scanned! is translated into fashion with cloudy and light-as-air transparencies, layering of blurry x-rayed images on tulle, peekaboo panels on silk and airy fabrics with a feel of lightness and delicacy.

Applied colours are b&w and charcoal with a stronger accent and referring to radiographs, whereas in fashion, this trend is decoded with more feminine shades with the aim to underline transparency and softness in Pale Pink, Blush, Eggplant, Aqua and Taupe.

That trend is translated into fashion with cloudy transparency, layering of blurry x-rayed images on tulle, silk and any airy fabric. There is a feel of lightness and delicacy. You ‘ll find SCANNED! mainly in photography, art, graphic design and fashion.

Let me hear what you think and whether you like SCANNED! more than WONDERLAND.

UPDATE: I have created a commissioned moodboard for this trend with a slightly different color scheme and new images. You’ll find it here.

If you are interested in upcoming color and interior design trends, please join our newsletter!
Sign up! 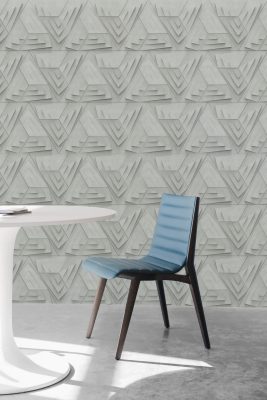 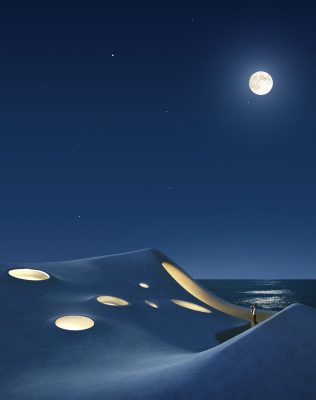 Feeling Sheltered At The Cloudscape Library By MAD Architects

The idea of seeking and finding shelter (a term we currently use in our 2023 trend reports) has exponentially grown during the pandemic. The Cloudscape 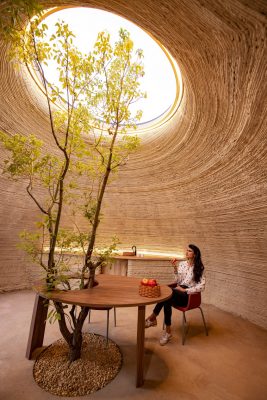 Mario Cucinella Architects and WASP have tamed up to conceive the first 3D printed house made from local earth in Ravenna, Italy. TECLA is a

The First NFT To Sell That Comes With A Physical House