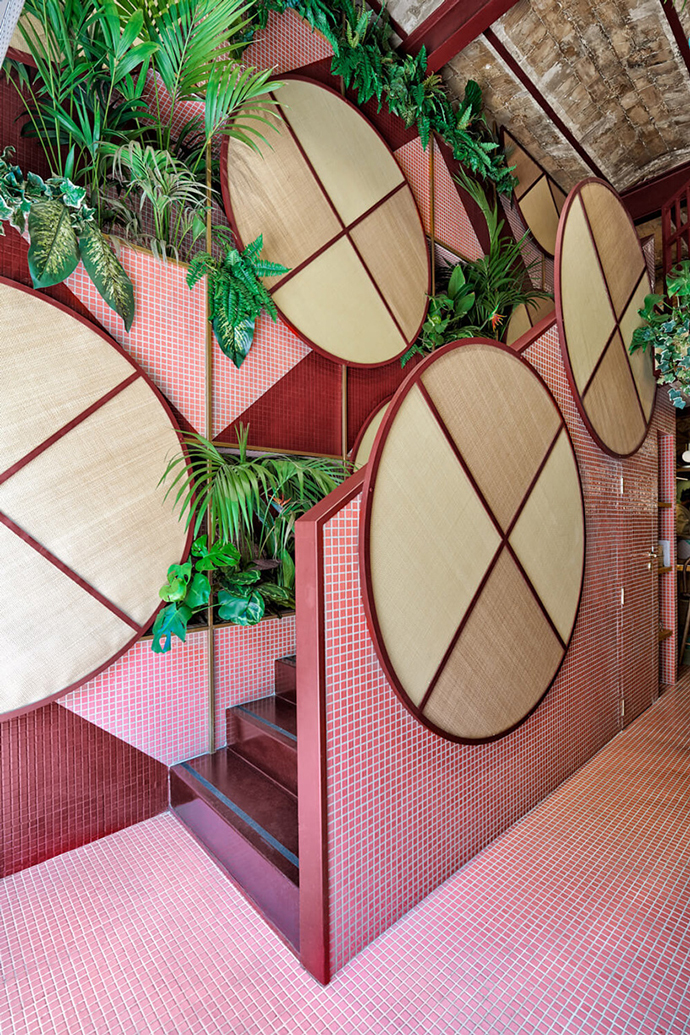 A Nippo-Brazilian restaurant by Masquespacio in Valencia

Valencia-based creative studio Masquespacio has completed its latest interior design project for Kaikaya, the first Nippo-Brazilian restaurant in Valencia, Spain. The restaurant’s founder is a Valencian almost converted into a Brazilian who dreamt to open the first sushi tropical spot in town. This is why Masquespacio interior design is a combination of Japanese elements with elements and Brazilian tropicalismo.

The encounter between the two countries started when the first Japanese arrived in Brazil to work in coffee plantations in the earlier 1900s.  The Japanese had to adapt to the local ingredients and gave life to a new Nikkei Nippo-Brazilian gastronomy.

Masquespacio’s Kaikaya reflects this cultural fusion, “bringing the fusion of traditional and methodic Japan with the tropical and exotic, contemporary Brazil to the center of Valencia”.

The creative consultancy decided to maintain the original vaults, metallic beams and bricks of the space in their original state.  They added another layer on the “historical one”, characterized by eclectic details coming from the two cultures. 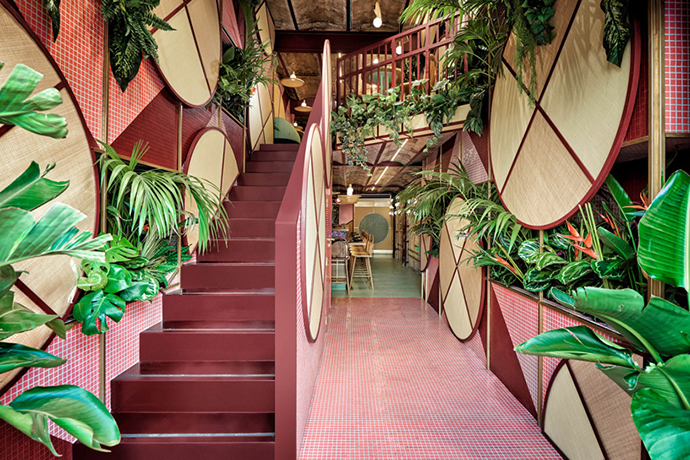 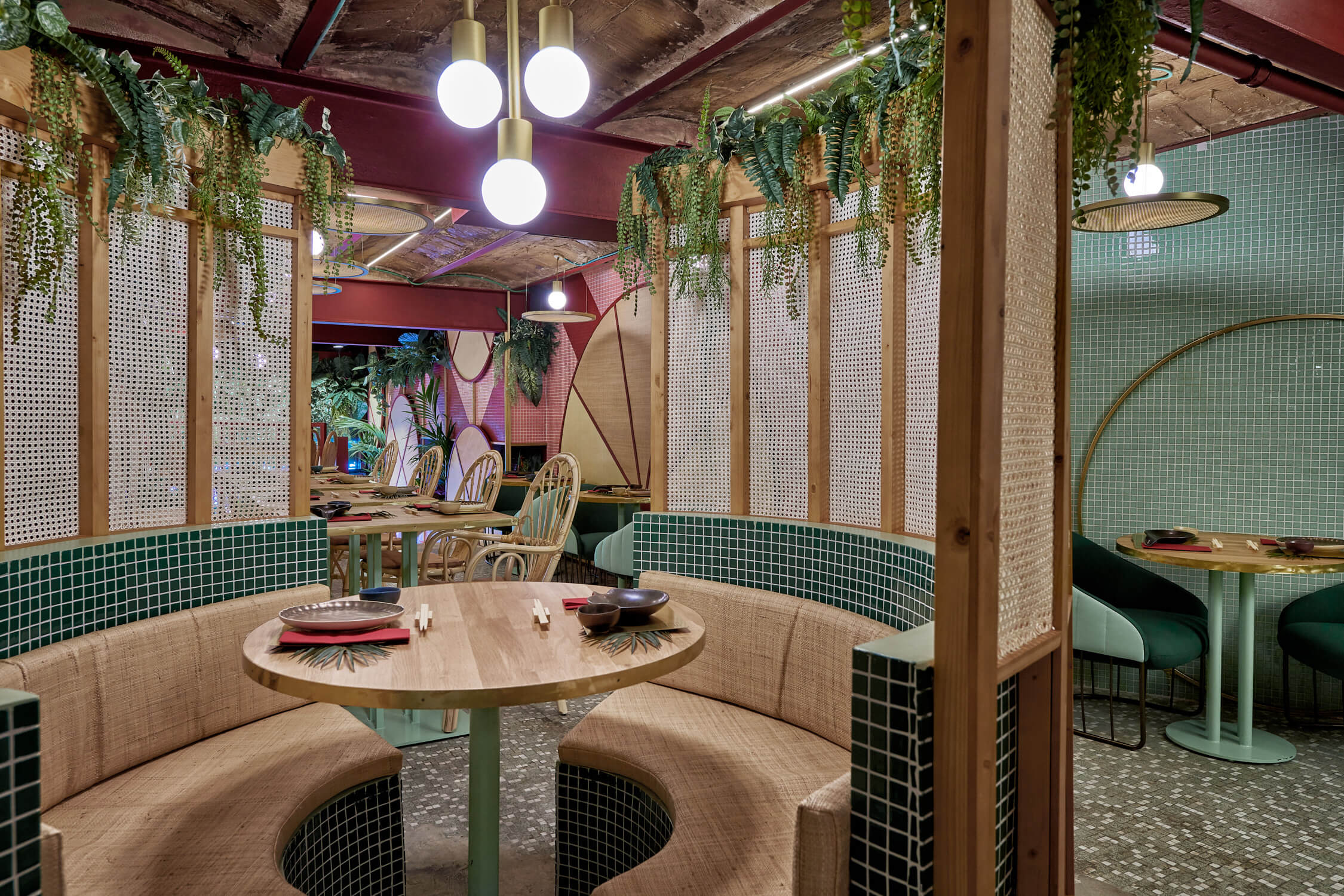 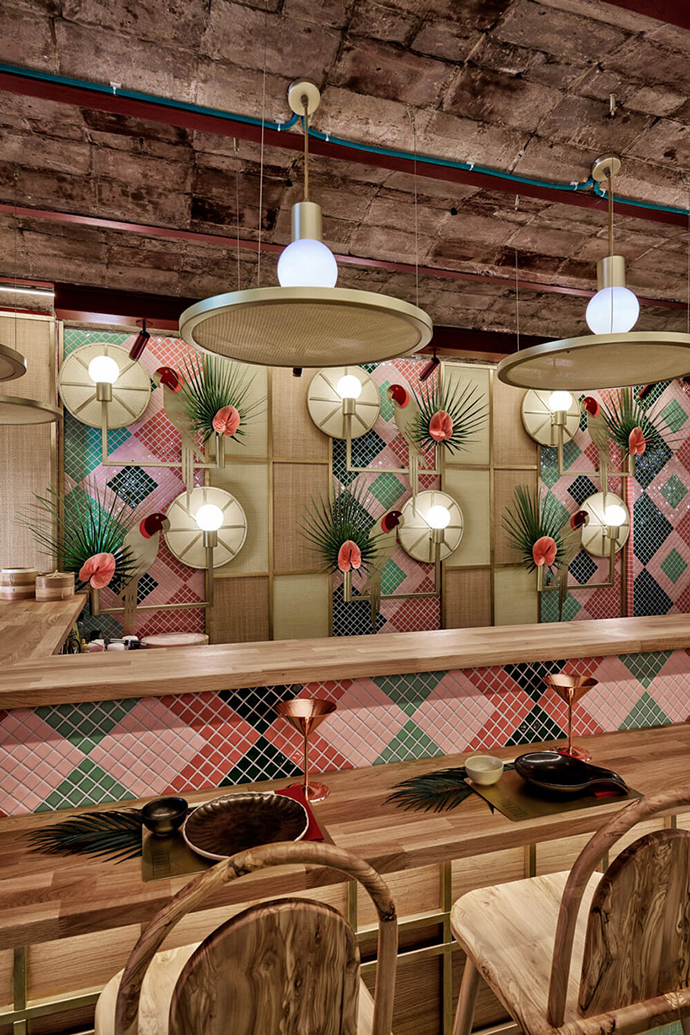 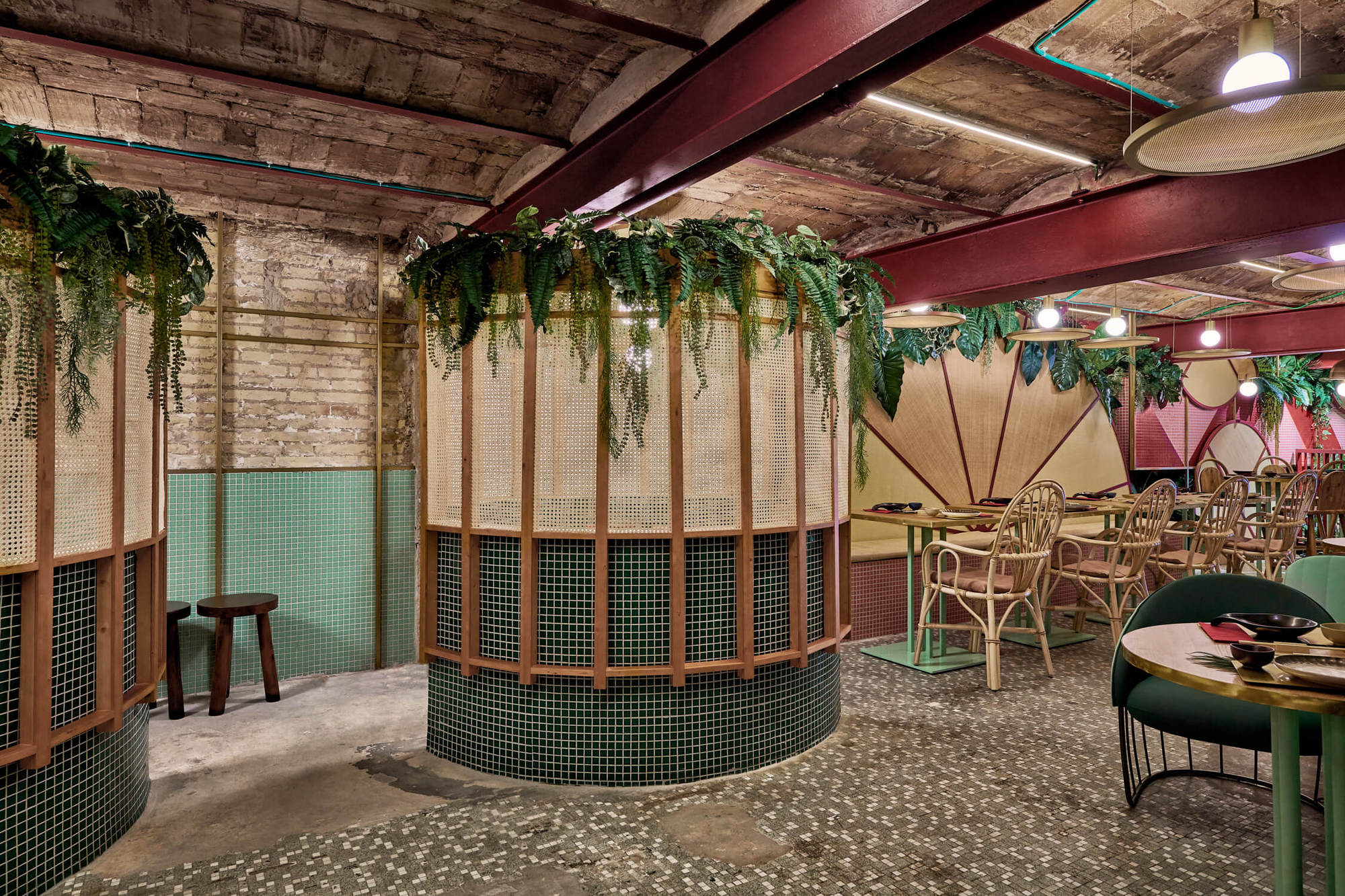 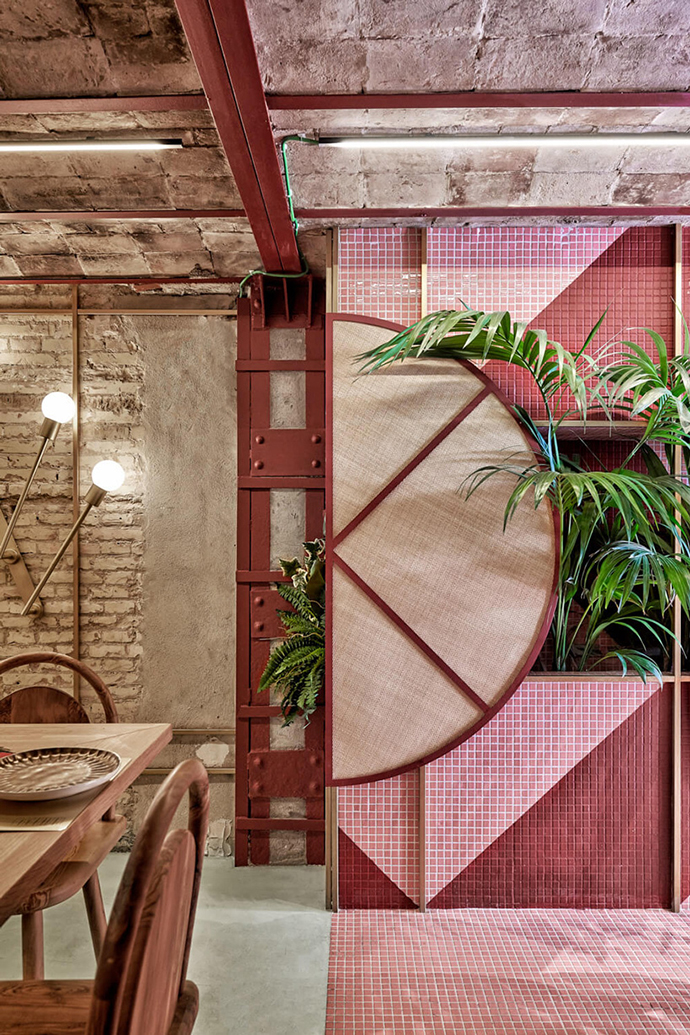 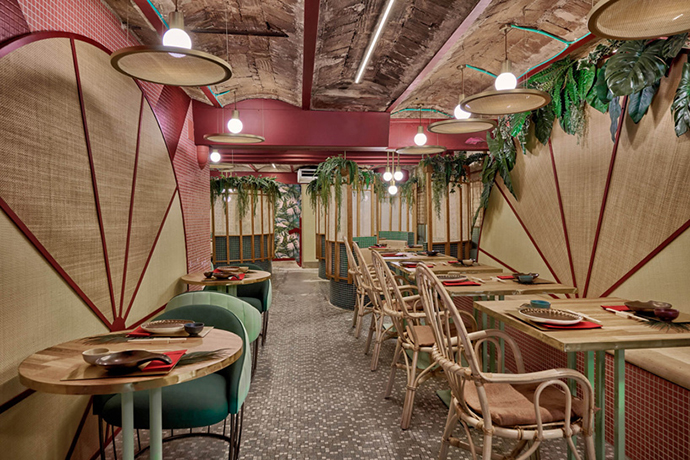 Wood and raffia elements refer to Japan. Instead, the colorful patterns of mosaic tiles, parrots and an overwhelming jungle of plants clearly refers to the Brazilian world.

Great raffia circles, a reference to the hats used during the rice collection,welcome us in the restaurant. The scale of these elements works as a counterbalance to the explosive colorful mosaic tiles and tropical plants. Furthermore, the interior designer added another decorative jungle detail by placing the Parrot lamps, expressly created for the project.

Masquespacio has been a favorite here at Eclectic Trends for its energetic approach to design. You may recall our previous post about their colorful workspace that aimed to create a warm atmosphere above just designing a place to work at. Certainly, their bold take always ensures a good dose of playfulness and a unique dramatic effect.