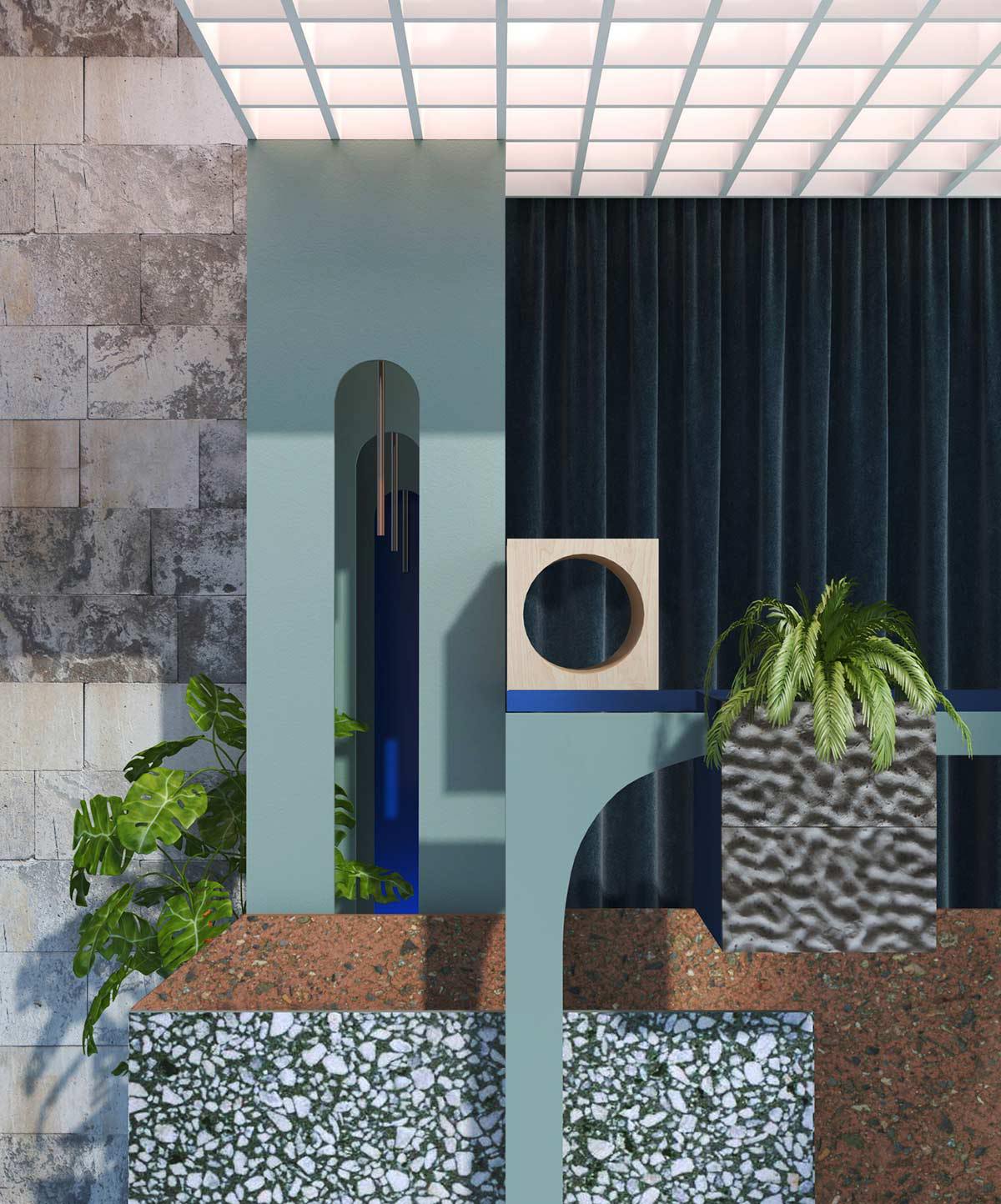 Yalta foyer is a series of 3d illustrations and drawings by creative studio Supaform. The main task of the images is not to make illustrations, but rather to analyze and visualize impressions and memorable artistic images accumulated during the journey to post-Soviet resorts of the Yalta coast. Form is crucial, but so is the use of color here.

A surreal atmosphere, filled with memories of the luxurious resorts of the Soviet Union golden age, permeates the space. Curved and straight lines combine together in the illustrations compositions, accentuated by the choice of materials, texture and tones. Blue hues are counterpointed by warm hues of red, bordeaux or terracotta.

As Maxim Scherbakov explains “This visual art was created in order to search for new forms, color combinations and play of light and space.” 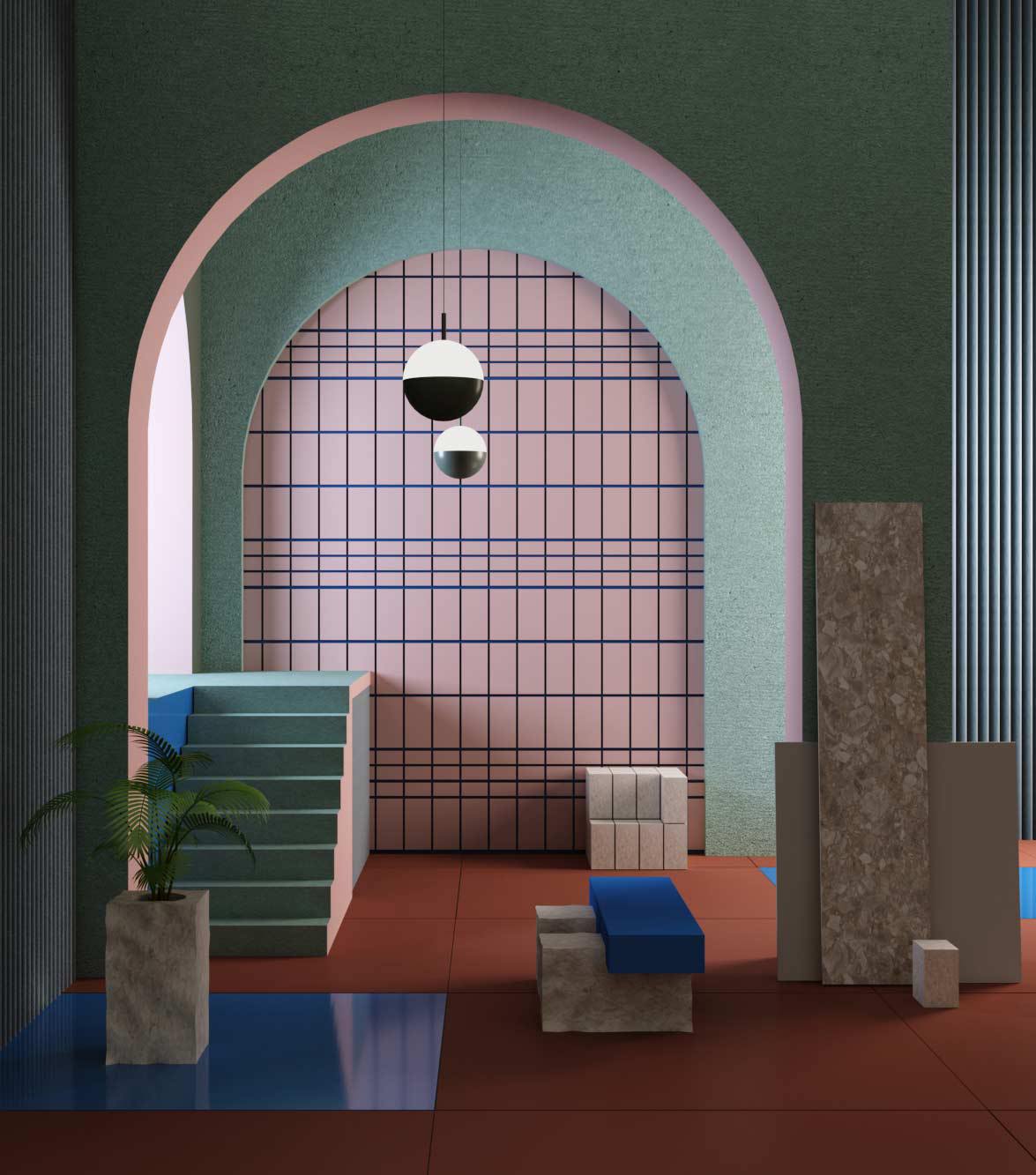 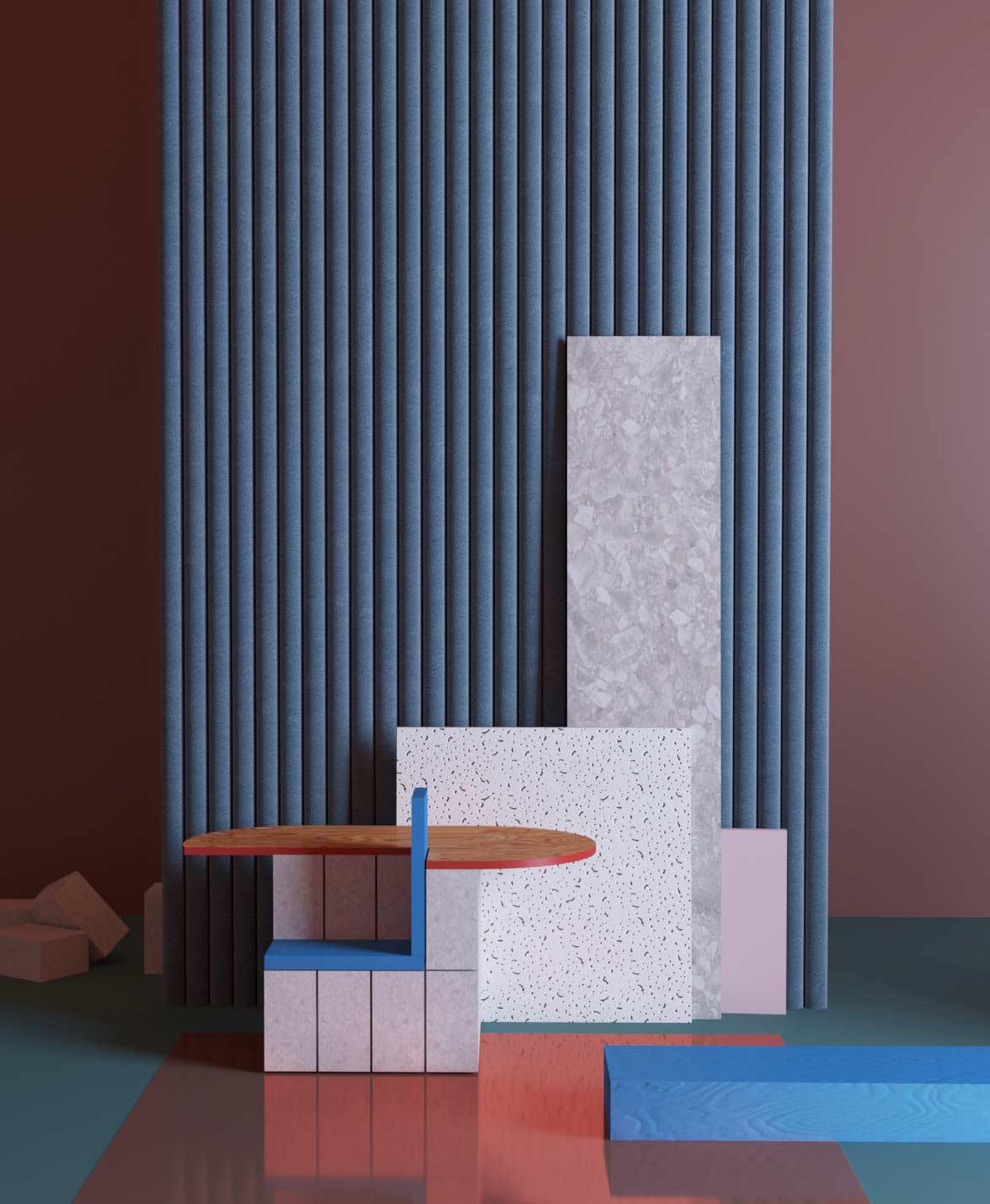 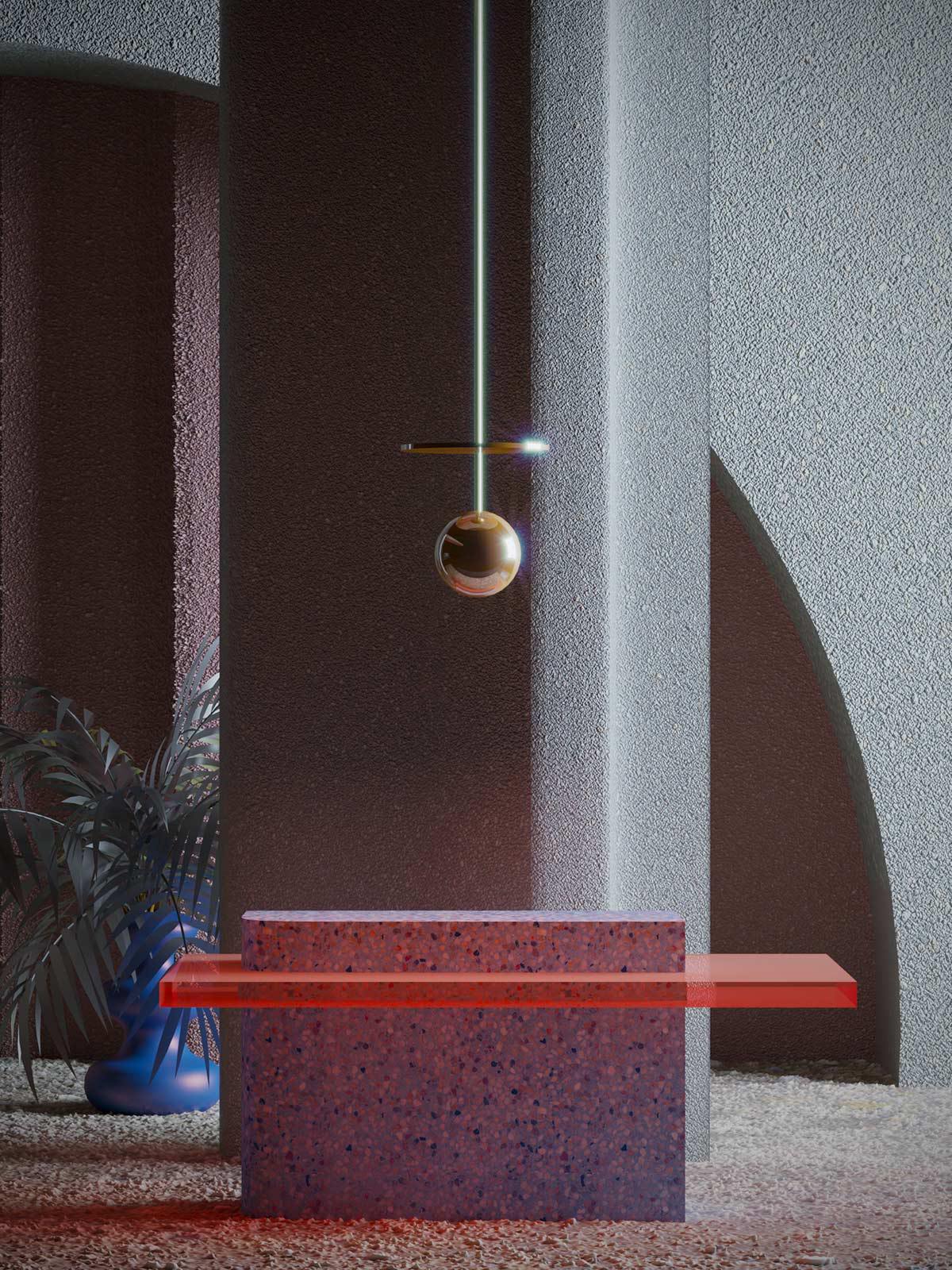 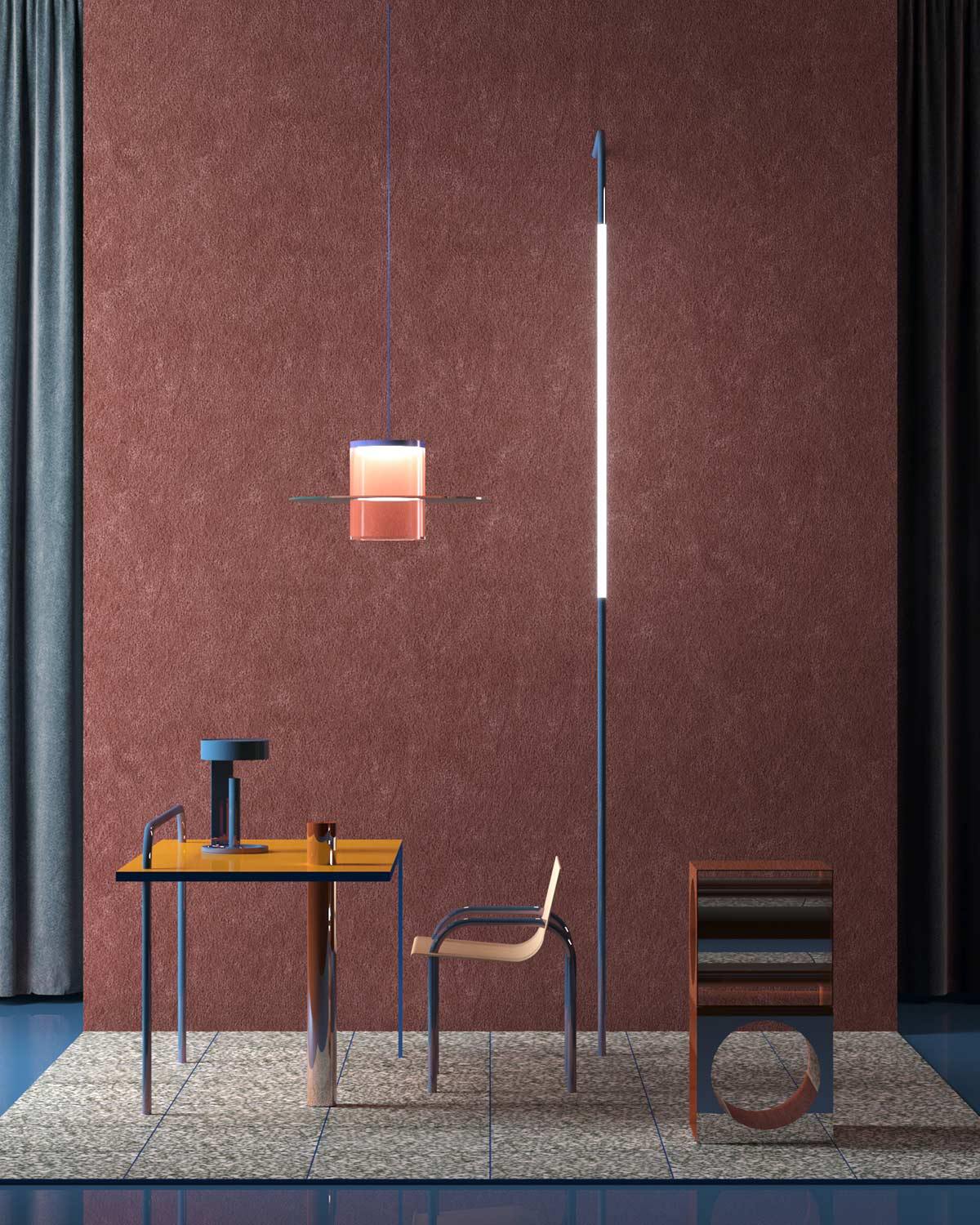 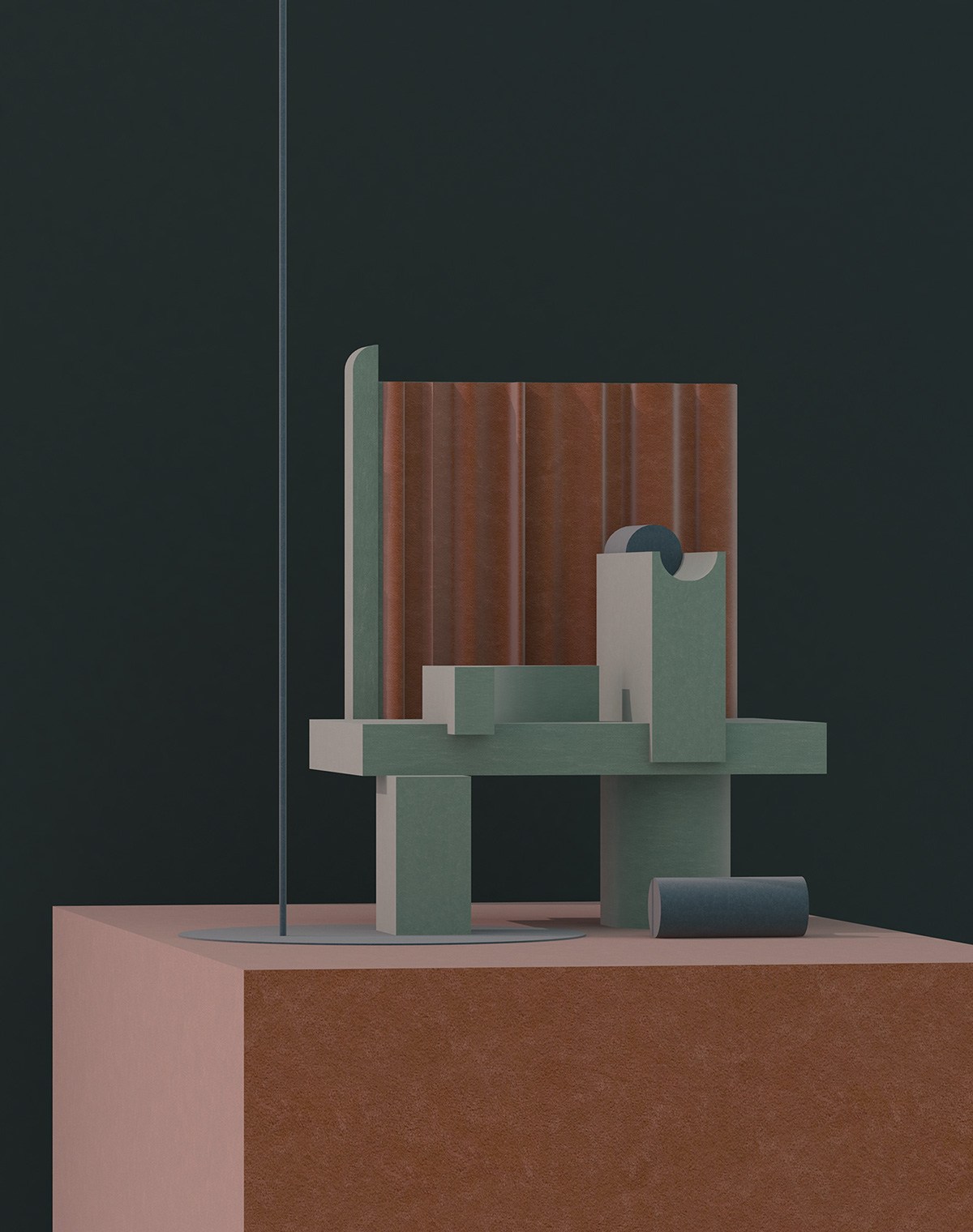 Founded in 2016 by Maxim Scherbakov, Supaform is a creative studio who strongly believe in a multi-disciplinary approach and focus where sculpture, painting, design and architecture are combined together and applied to the design process of small objects as well as spatial concepts. The Yalta foyer was followed by the Yalta chair design that belongs to the same “journey of impressions” with a reference to the aesthetics of romantic Brutalism and the extraordinary constructions of the Yalta coast.

Brutalism initially surfaced in the middle of the 20th century, in part as a quick, economical solution to the urban destruction originated by World War II, but went out of favor by the mid-’70s. Today it seems Brutalism is undergoing something of a revival, we have been observing a few photographic series depicting several landmarks despite neglecting their preservation for more than two decades. According to The New York Times, preservationists start claiming for their survival, historians laud their ethical origins and an independent public has found beauty in their rawness.