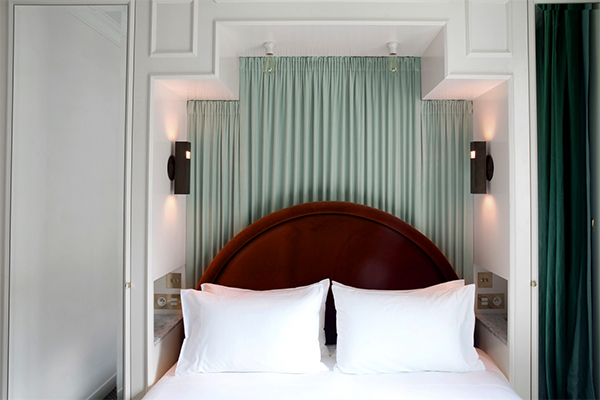 The flavor of the French Revolution era in Paris

This is why we’d like to share the flavor of the French Revolution era in the latest Parisian hotel:

Erected during the French Revolution years, the Hotel des Grand Boulevards embodies all the elegance of the 18th century Paris. Experimental Group, an event consultancy from the collective behind the Experimental cocktail Club, called Dorothée Meilichzon of Chzon studio for the renovation. The characteristic features of the building location as well as its history were the starting point of the project. 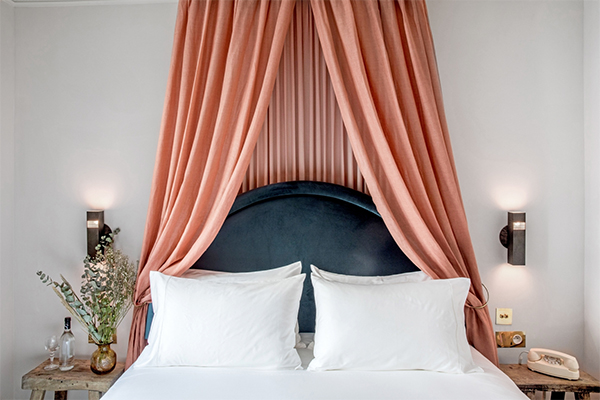 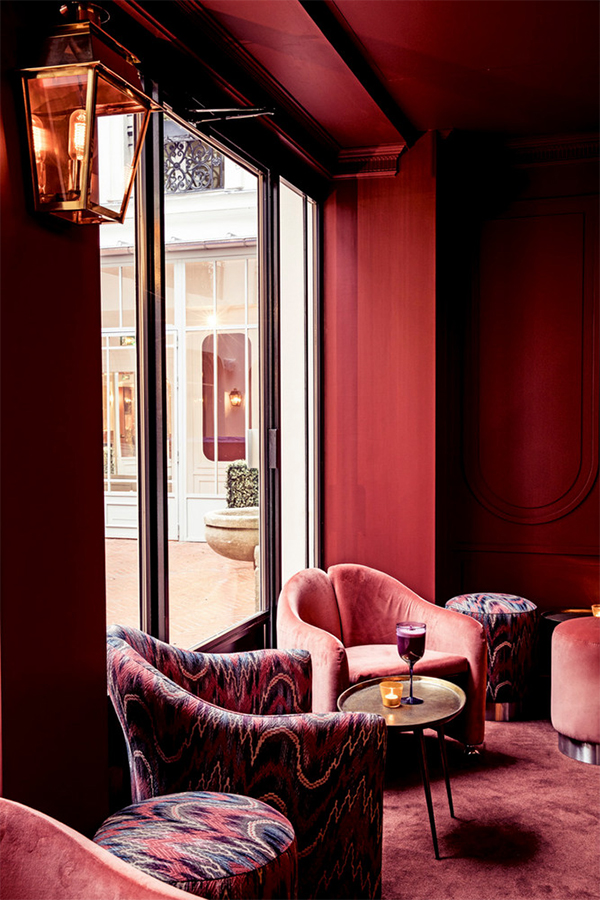 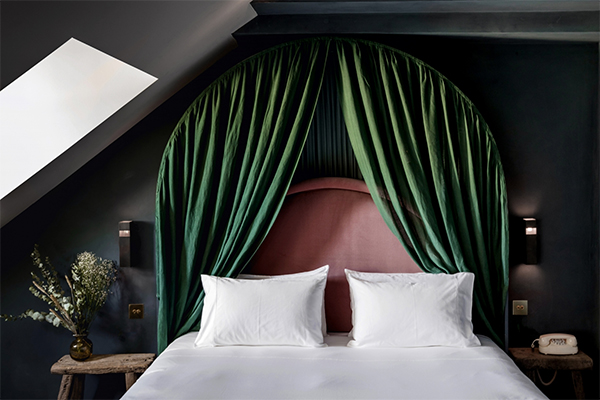 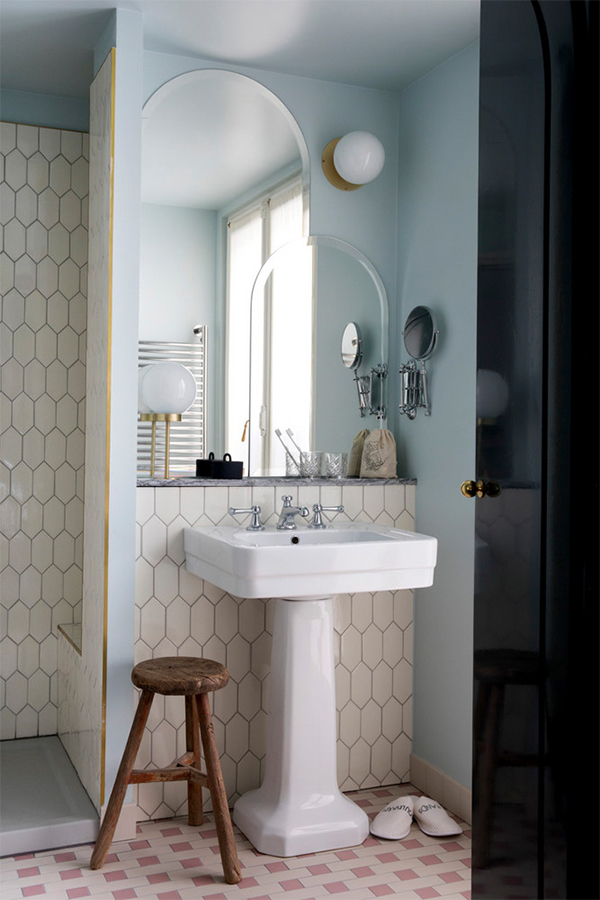 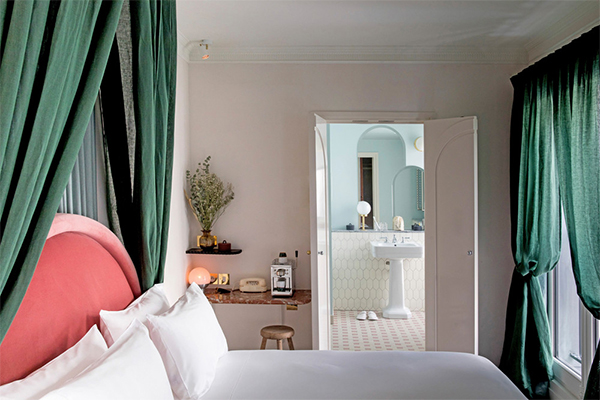 Placed in a unique location in the French capital, the hotel stands back from the street front and can be accessed through a narrow passage that ensure a very secluded atmosphere, away from the bustle of the city.

The design evokes the flavor of those splendid years in many interior details, such the dramatic combination of wool-velvet headboards and the cascade of curtains or the red marble elements – sourced in Spain- appear throughout the hotel and are a clear stylistic reference to that period.

But the designer does never fall into expected clichés of the Louis XVI style.  In fact, the decor of the different 50 rooms balance the 18th century points with more rustic elements: the draped curtains and canopies, the typical “showcase-cupboards find their place together with custom-dyed linen draperies and the lime washed in dark blue, light gray-blue, and off-white/pale pink.

Dorothée Meilichzon is behind some of the most interesting hotels of the last period, such as the Henrietta Hotel (great color palette!) in London. Though different in appearance, all her projects share a similar attitude: Meilichzon‘s approach focuses on creating a place with a strong personality by playing with stylistic references of the past and using a potent color palette.

This is another example of the ongoing hotel trend (we talked about here already) where large hotel chains do not speak to a well traveled audience anymore in search of something else than a standard design in a hotel room.