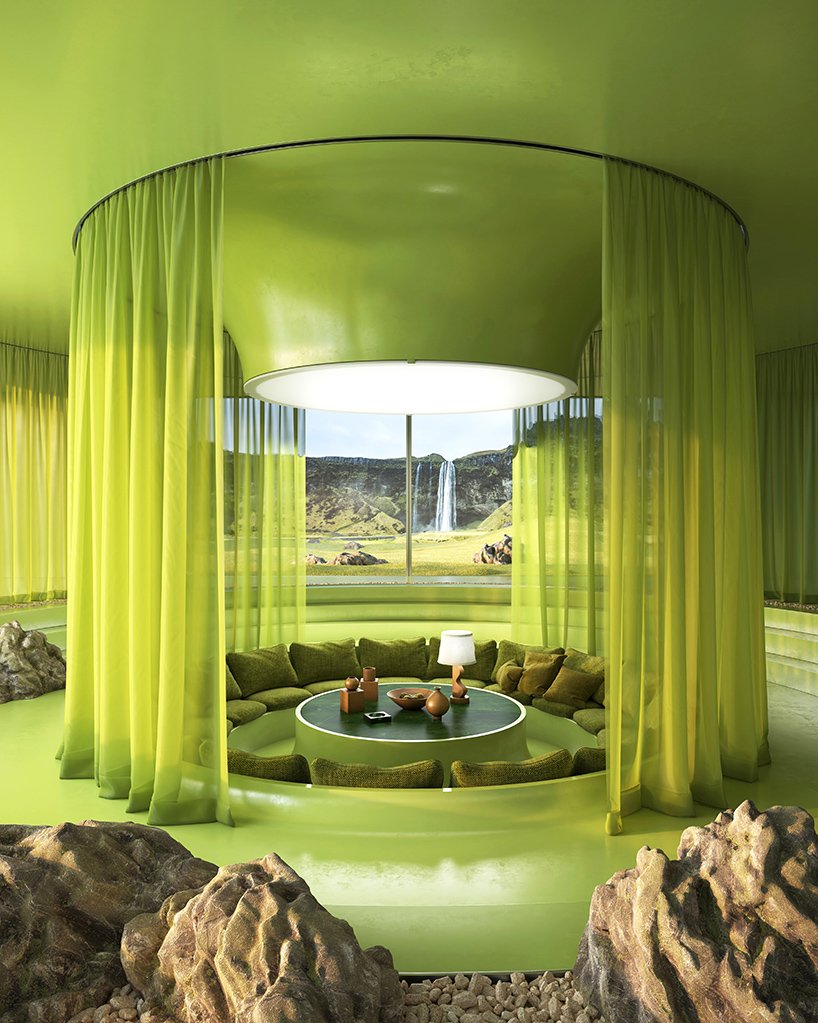 The past months have shown an unusual creative boost of 3D projects within the interior design scene, and the curve is the star of all.

I bought a print of Charlotte Taylor‘s work a couple of years and haven’t stopped finding her work on the net ever since. This is one of her recent projects teaming up with Anthony Authié.

Villa Ortizet ideally sits in Saint Pierre Le Vieux in Lozere and homages Authie’s grandfather who had spent half of his life in this charming French village. The visualizations bring together memories from his childhood carefully integrated into this dreamy spatial design that invites to touch at every single corner.

A rather futuristic feel is underlined by the use of an almost acid green as a common thread throughout the entire project, views of a virgin outdoors scenery allow to dream, and rocks create a cave-like indoor environment. 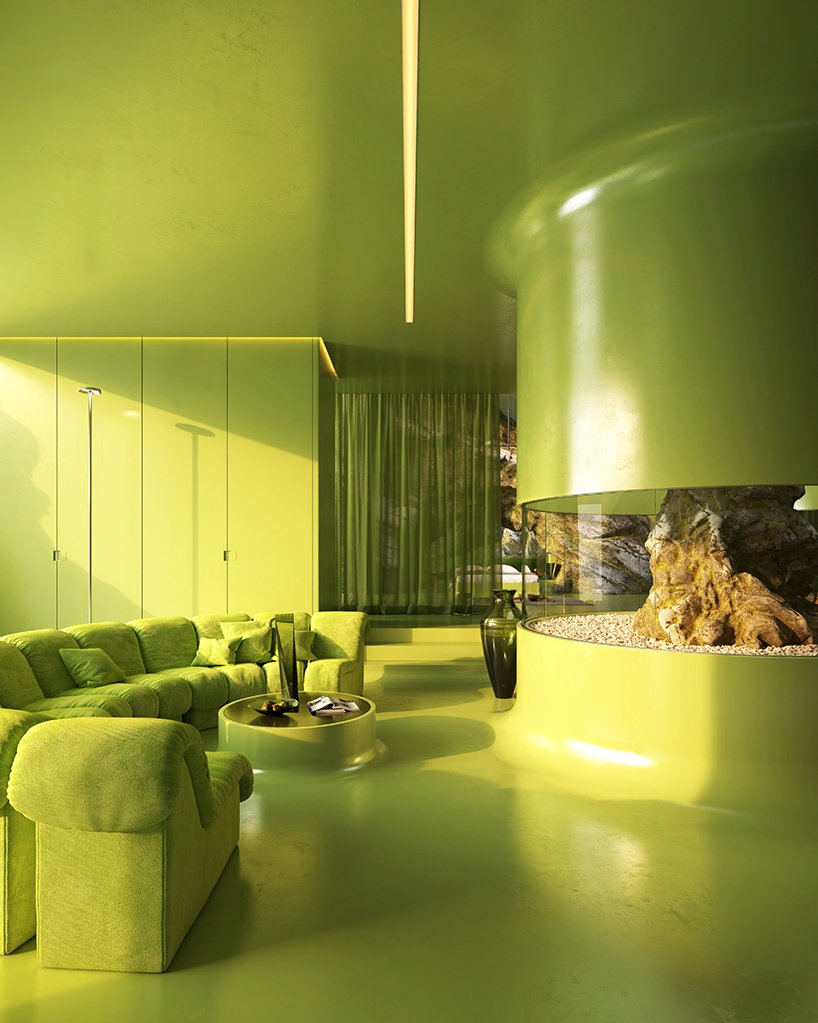 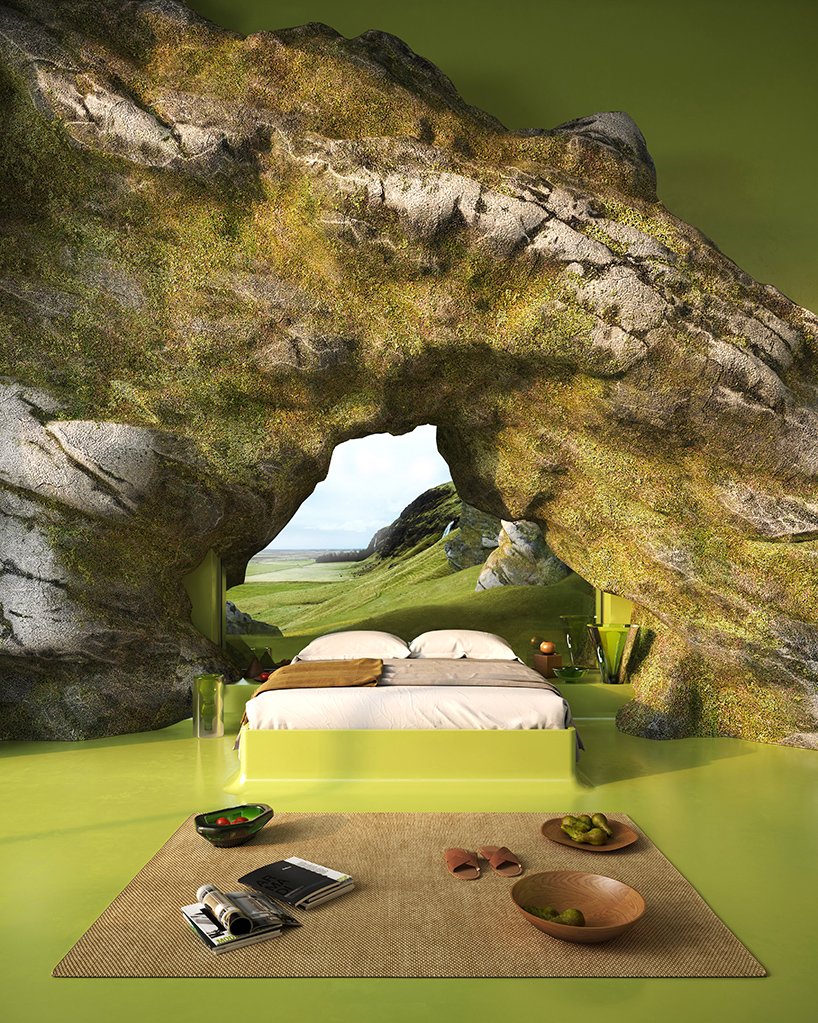 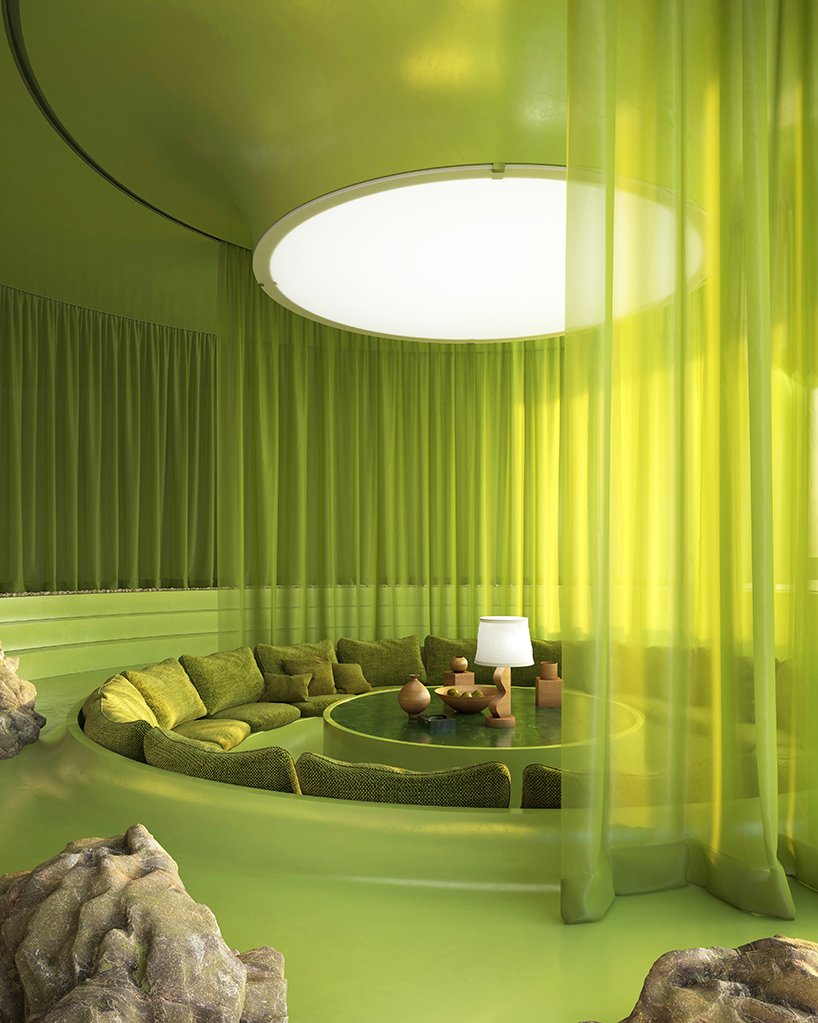 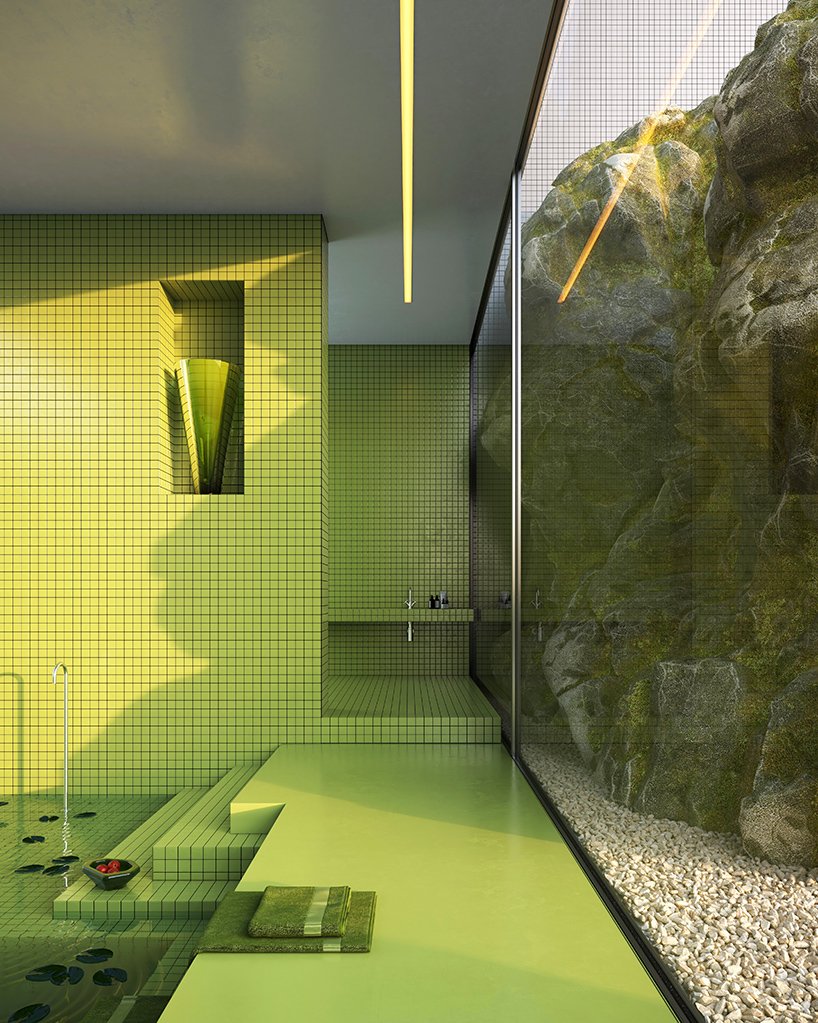 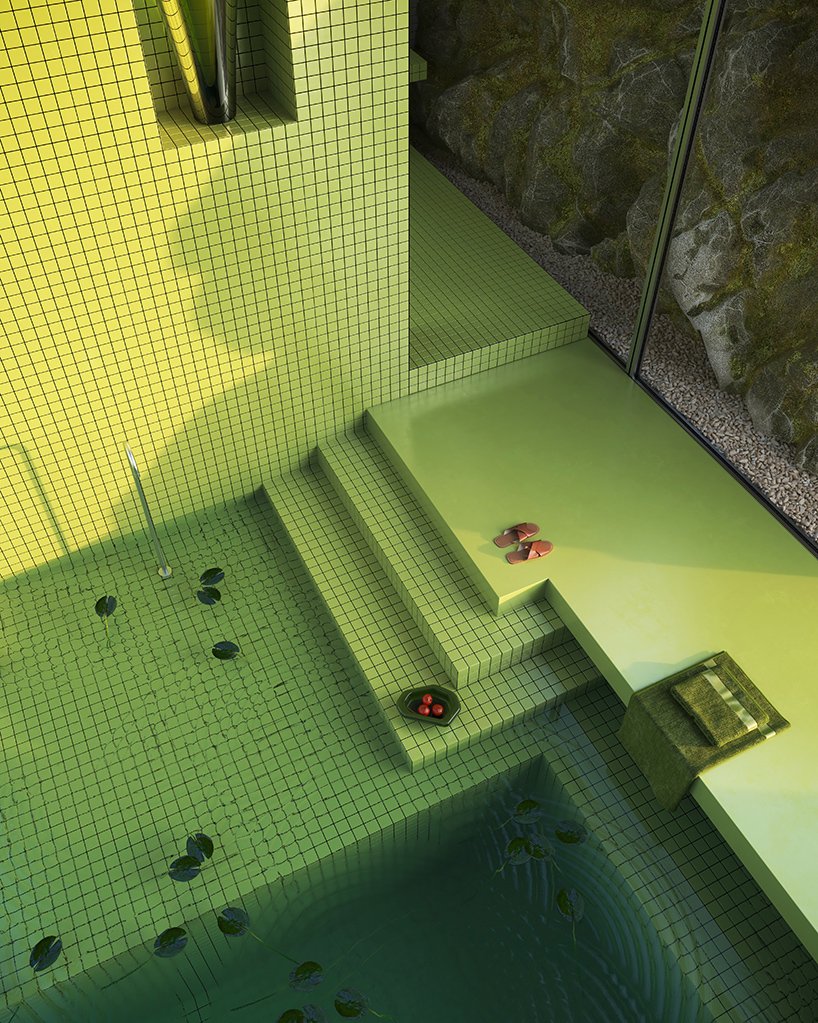 The Poetry Of Self Portrait By Ziqian Lu