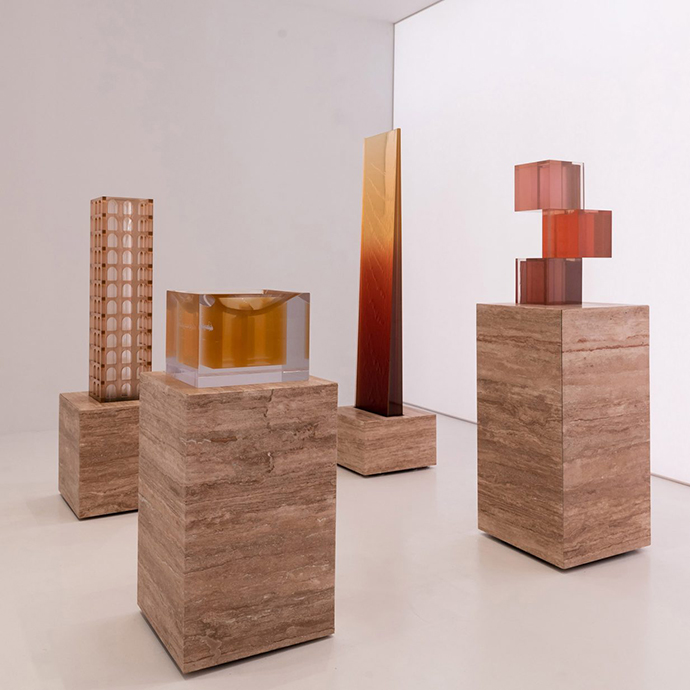 The water sculptures by Sabine Marcelis for Fendi

On the occasion of Fendi and Design Miami collaboration 10th anniversary, the Italian maison invited Dutch artist Sabine Marcelis to create ten sculptures dedicated to re-discovering one of the elements that Fendi cherishes most: water.

The natural element is definitely a beloved one by the fashion maison but, as we know, it is also gaining a more and more central role in today’s debate also in the design field for its importance in the climate change and global waste debates.

With “The Shapes of Water”, Sabine Marcelis magnifies the delicate beauty of the element by relating it to the Italian brand historical heritage. As some of you may know, the first fashion video ever realized – Histoire d’ Eau- created by Fendi about 40 years ago, was a tribute to the waters of Rome. Also, Fendi was behind the initiative to restore the Trevi Fountain back in 2013. 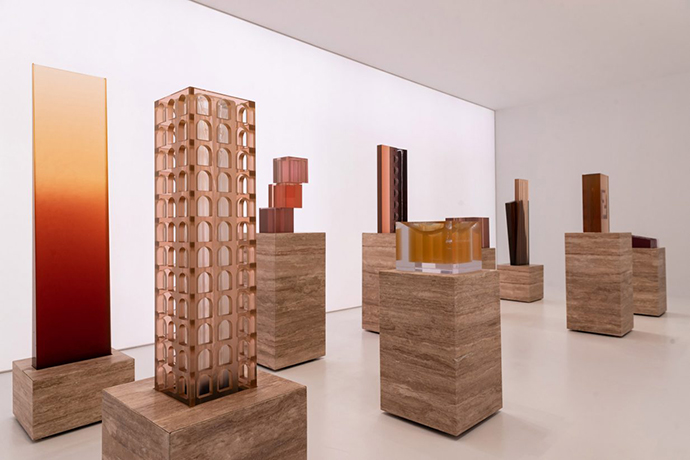 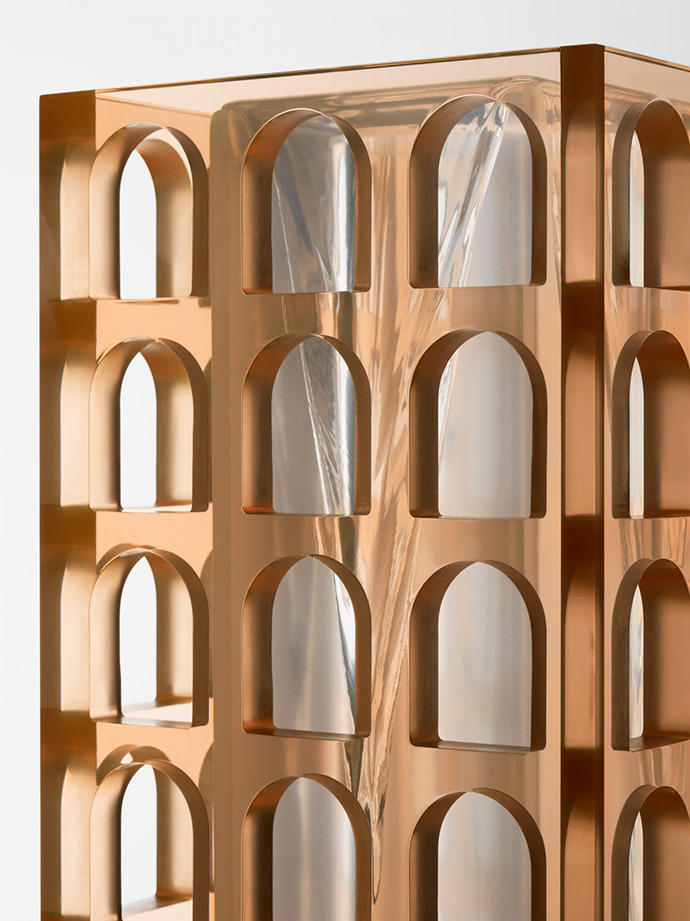 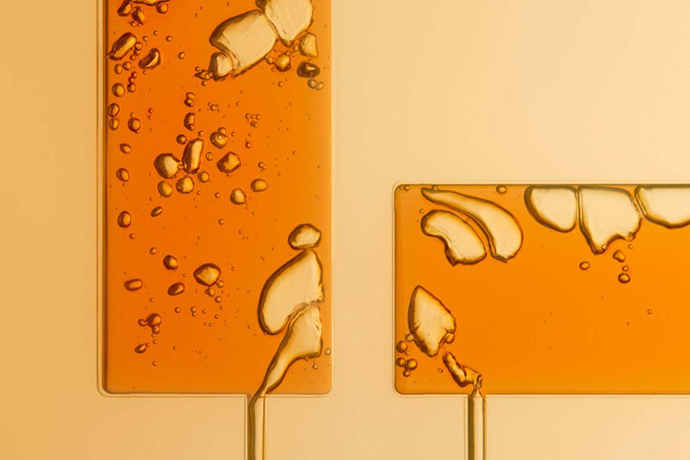 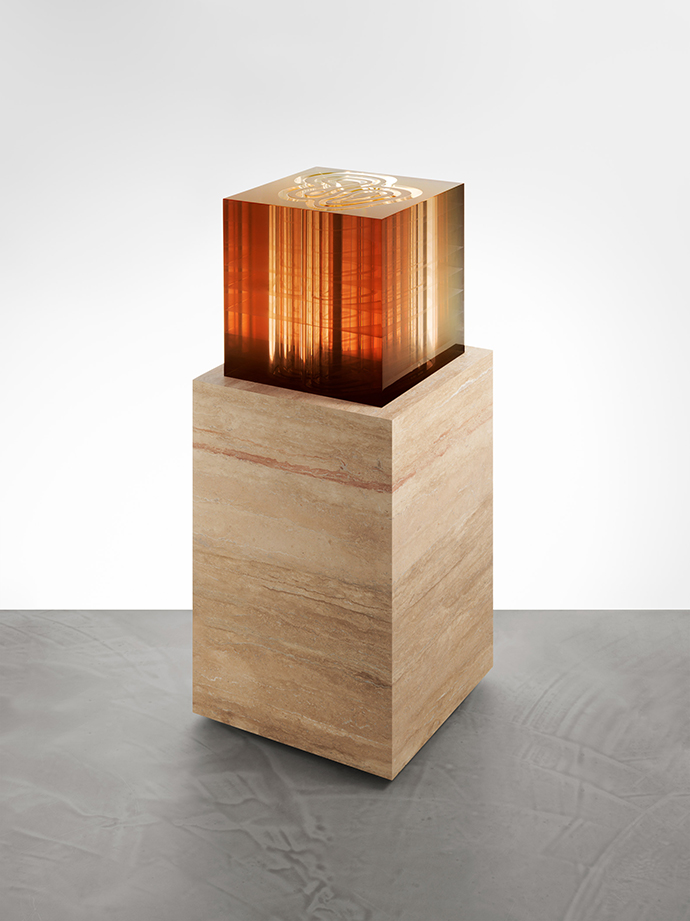 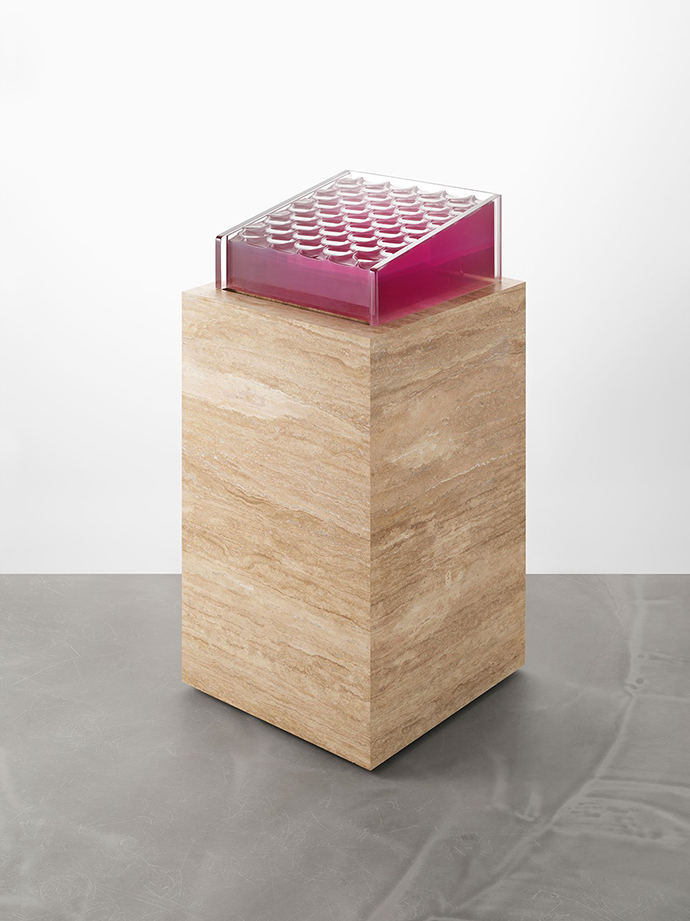 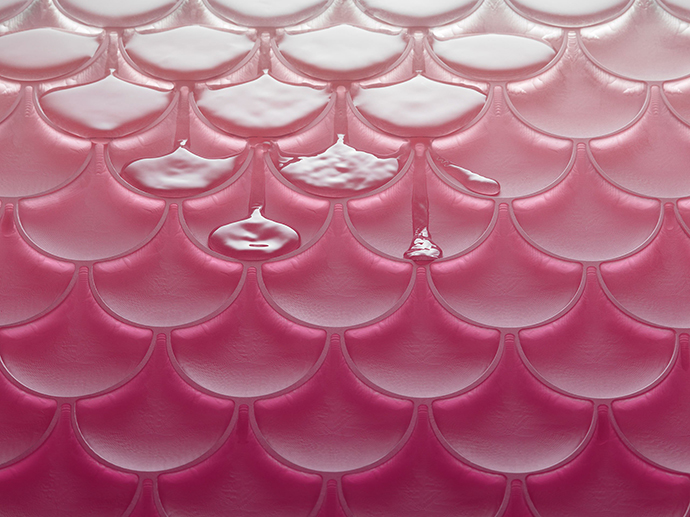 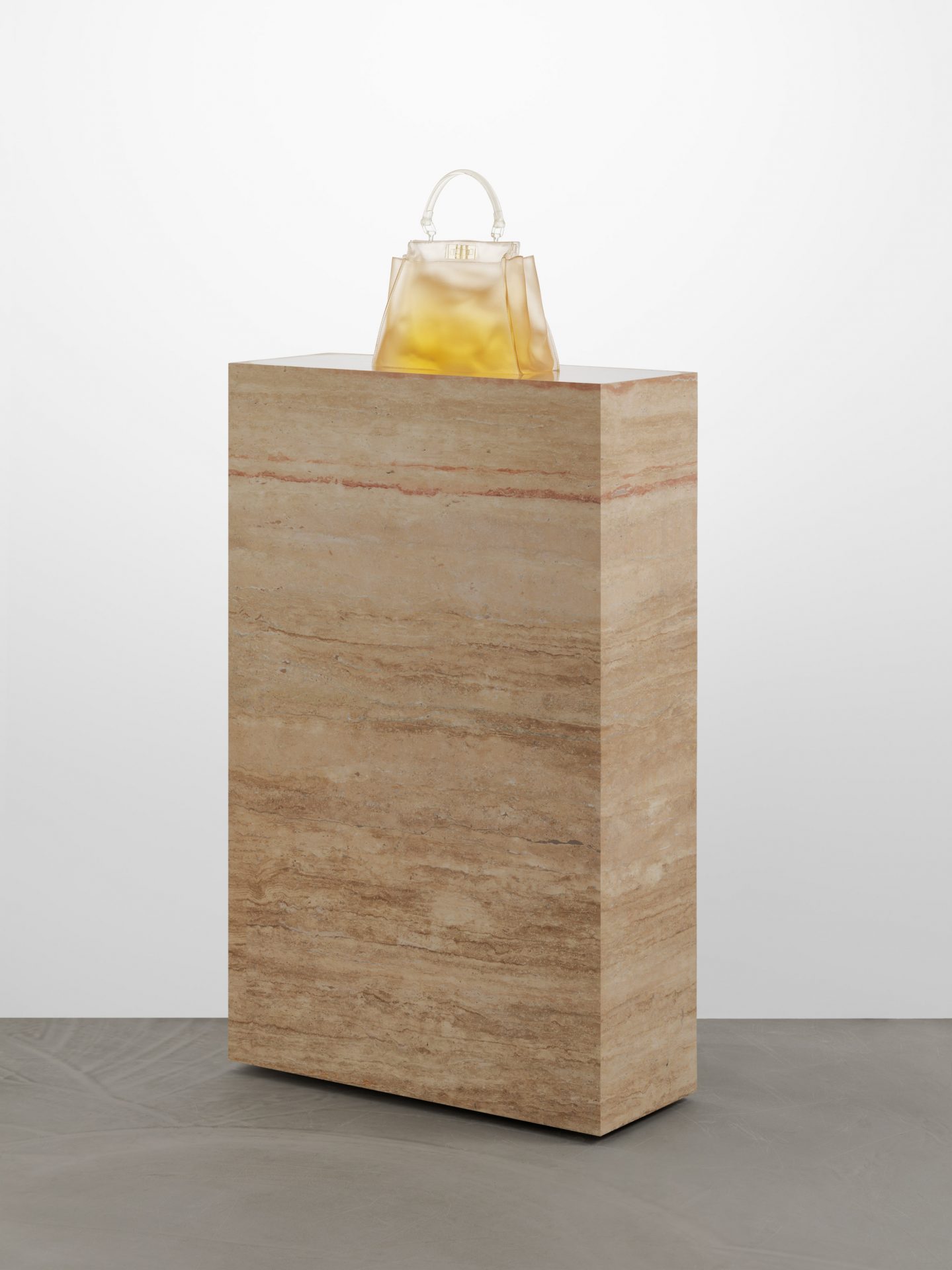 Marcelis designed the exhibition as a contemplative walk where the water liquid sound is the only element that drives the visitor.

‘Water is such an interesting material because of its changing state of shape and appearance,’ she says. ‘It’s such a luxurious thing as well; it’s much undervalued and I think it’s nice to showcase its beauty in a luxurious manner like this’.

In the Design Miami installation, ten of Fendi’s most iconic symbols become resin-cast sculptures, whose warm colors reminisce the Roman skies palette. Further underlining this connection with Fendi’s roots, each water fountain stands on a Travertine plinth, the same marble used in the Palazzo della Civiltà Italiana, an emblematic monument of Italian architectural history and Fendi’s headquarters since 2015. The arched colonnade building is also transformed into a fountain gaining an evanescent quality in Marcelis’ piece and so loosing the grandeur of the building.

The result is in line with Sabine Marcelis’ poetics that explore materiality by manipulating color and light, creating not just unexpected effects and exceptional shades but also adding a fluid quality to her pieces.

“It is through clean and soft lines and the use of ethereal materials […] that the fountains of Sabine Marcelis represent the perfect fusion between the historical, creative and aesthetic legacy of Fendi and its courage to provoke,” the brand’s statement said.

If you want to see some earlier works by Sabine Marcelis, follow the link here.